Brazil and Argentina rivalry is one of the biggest rivalry in the world of football. They also have the large most fan bases in the world. And if you are one of them you will certainly know that, these two football giants are going to face each other in a friendly match at June 9. Heavenly feelings for football fans right now. Even if it is a friendly, both team wants to play with their strongest line up, because it is such a match no side will want to lose.

Whatever, Brazil’s biggest superstar of this generation and their captain Neymar Jr. will not play in this match as Brazil coach Tite has given him a much needed summer break after a long and tiring season. 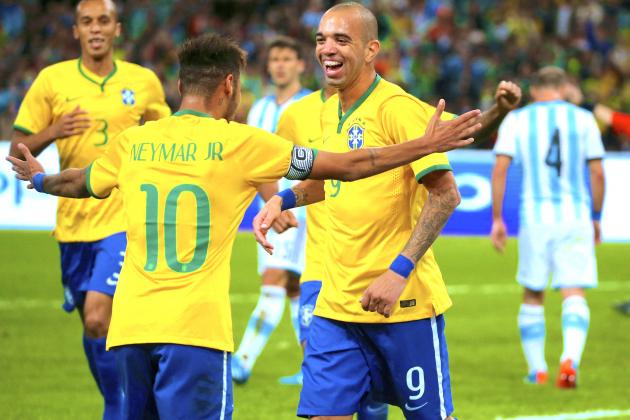 But, even after that Brazil has named a very strong line up which includes the likes of David Luiz, Willian, Philippe Coutinho, Gabriel Jesus, Douglas Costa and Thiago Silva. Whatever, Chelsea winger Willian who is a teammate of Neymar has said that Brazil will not be any less even without their biggest superstar Neymar as they have many more good players. And he also clarified that they are fully prepared for the Friday night clash with Argentina which will be held at MCG, Australia.

Chelsea star Willian is a key part of the Brazil’s promising generation who have steered Brazil to the no. 1 in world ranking with others such as Chelsea’s David Luiz, Liverpool’s Philippe Coutinho, PSG’s Thiago Silva and another star in making Manchester City’s Gabriel Jesus.

Where there is a question of facing Argentina, it is certain that the name Lionel Messi will be the most uttered words at opposition’s mouth. Brazil attacking mid Willian has ensured that Messi will be given special attention.

The 28 year attacking midfielder has said that even if it is a friendlies but Brazil will play with their full force.

Willian said they will certainly miss their main man Neymar Jr. in the match because of his ability to make difference, but he is sure that they have many more good players to win the game for Brazil.

He also said that they have other quality players who are in the national team because of their potential and they can win against Argentina with ease. He also added that they are a great team and they will show that on the Friday’s match.

He said, when these two teams meet that always turns up to be a great match.

About Messi he said that, They have to guard Messi every moment of the match because he is the one on a different level.

Willian is one of the experienced players of Brazil’s current squad. He has 7 international goals for Brazil in 45 matches. But, even after that, he doesn’t think he will be surely in the World Cup 2018 squad.

Regarding this he said that, him as well as everyone has to fight for his spot in the team. He thinks he have to play well before the world cup for Chelsea and national team. He also said that every time he plays for Brazil, he does his best and Friday will be no different from that whether he plays world cup or not.

Brazil and Argentina will face each other in a friendly match which will be held at Melbourne Cricket Ground, Australia on June 9, 2017.