Eventually waiting of Neymar fans are going to end. The Brazilian star footballer, who was undergoing an injury, come back in the field against Croatia. The star played the warm-up game against Croatia before the World Cup and win the match.

He was not in the field since three months due to injury. But what does it look like to see the type of game. Running, drilling, and shots in that unique Neymar He made a goal filled with aesthetics. Millions of fans in the world have returned the heart of the world.

In the WC Preparations against Croatia the Jr. scored a goal. In this match, his teammate Roberto Firmino has also scored. They made two goals scored against Croatia and they won with the 2-0 difference. It is very good that the 5-time world champions get back their star ahead of the tournament. 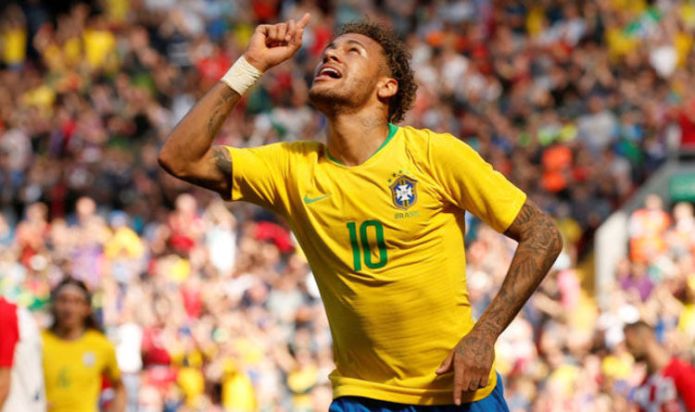 However, on Sunday (June 3rd,) in Liverpool’s field Anfield the selsao were so boring. They did not recognize the first half of the match. It was difficult to keep balls on their feet. On the contrary, the game played in Croatia, But the failure of the attack as the defense was so tight. However, from a little bit dull, Coutinho took two long-legged shot in the first half crossover the net. But it did not get much profit. It lost to goals as target. And the score was zero.

At the beginning of the second half, Fernando was replaced by Neymar as a replacement. And in the 60th minute Gabriel Jesus was replaced to Ferimino. Not saying the fate of the two players in the betting at the feet of the Brazilians.

The match was 69 minutes. The ball extended by the intersection of Cutinho. The world’s most expensive footballer defeats the goalkeeper in a strong shot from the box. And yes it’s goal.

It being the 54th goal of the PSG star in international football. If he score one more goal, then the 26-year-old forward will touch the third position in the top-ranked list for the country’s top goal scorer.

In the third minute of extra time, take the distance to 2-0, Ferimino. From a distance. He also shot a strong kick and with his another goal the score embarked 2-0. Finally the game went to Brazil favor. With the game the Jr. back to his form and once again the Brazilian get back their hope. With the Switzerland the team will open their WC book.