Brazil being learning to play without Neymar. Without the help of the PSG star, the Brazilian team wins against Germany and Russia. Brazilian coach Tite very fascinating to see the depths of the power of the team. It’s really unbelievable to achieve the biggest win excepting the Brazil star.

In the end of February, the match of League 1, the forward has broke down his fifth finger of Metatarsal. After the surgery, the world’s most expensive footballer in the process of rehabilitation. It may take up to three months to recover, according to doctor.

Without Neymar, Brazil defeated Russia 3-0 in Moscow on Friday. And 1-0 win over Germany in Berlin. Finally the Neymar’s team take revers against Germany. In the 2014 World Cup the biggest defeat of 7-1 score against Germany at home, was very embarrassing. Finally they able to remove the embarrassing rate slightly. 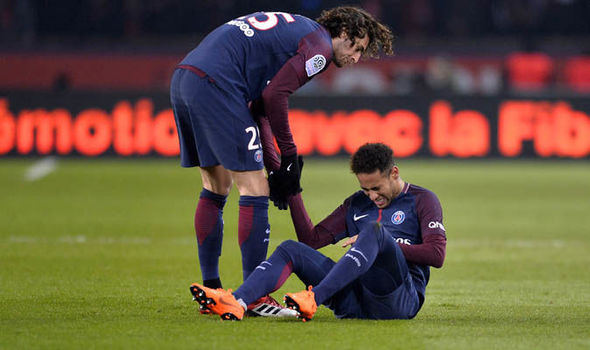 Neymar’s lack of the match did not effect so much. The coach happy for such a performance without the most important player of the team.

Brazil coach said about the Neymar’s absence that Neymar has no replacement. Douglas Costa will not be able to fulfill his place any more. He’ll play like Douglas Costa.

The coach also told that they had not their best players. The team missed Neymar, Without him they learn to play and to be strong. These are helping to increase the strength of the team without PSG star.

the win in Berlin is not enough to remove the blamish of Four years ago, in the last four battle in the World Cup. Although the 56-year-old coach is watching them as a past. But they try to fit without the former Barca player.

It is true that there was a ghost in the long run. And some people have tried to avoid discussions about it. This is life. That was past. They won against Germany, that means the people will not forget that. It become a record that will store in ever.

Neymar’s absence is not always fulfilled, Before the friendly match with Russia and Germany, Brazil coach Tite said. But it is also true the team now learning established in any position without the mega star.

It is also learn to the source that the PSG boy soon back to Paris. It is also hoped that he will fit before the World Cup competition. And before the championship he will play some club games for PSG.