Brazil become the most successful team in the world.  The five time champion always to be a target for everyone, the team’s midfielder Casemiro said. It is true that as a successful they find their competitor in everywhere.

On Tuesday night at the Wembley in London, the five time world champion played a friendly match which finished with non-matchable draw. England. It’s been a great year since Brazil ended. They became the unbeaten team of the year.

This season, in the World Cup qualifier round the world champion performed just too much.  By playing in the 16 matches Tite’s team win 13 games and confirmed ticket of Russia WC which going to be held in next year June-July. They became the first team of South American region who achieved the permission of getting entry in the main tournament. However the rest other matched of the 16 matches finished with draw. 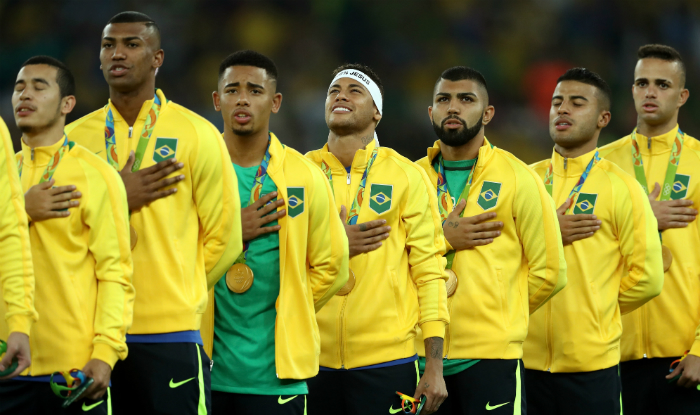 Now the Brazil is considering as one of the ‘favorites’ team in the World Cup. Casemiro, the Real Madrid midfielder saw opportunities. However, as the most successful country his team will be target of all other side in the event of being World Cup.

The midfielder accused that every participants in the WC competition wants to defeat Brazil.  But they have a wonderful team and it will be not so easy to defeat them. The history of Brazil team very strong since early. Last two season they faced bad experience but after joining Tite, the side getting improved rapidly.

However, the country football return their previous position. Actually all were presenting in the side, the thing what was actually missing that was the right direction. And Tite’s join fill up the gap. Now the Brazil being a complete team. As well as the considering the greatest type players like Neymar who become the most valuable footballer in the recent time.

Brazil vs England match was fantastic. They also made some great opportunities in the second half of the tournament against England. But finally it did not work. Ferdan Diono made a shot but it could not reached in the net. Manchester City’s defender, think it was totally luck and unfortunate.

The defense was very tight. It was difficult to create opportunities in the first half. In the second half it had been made many spaces. But unfortunately they could not score. And the game finished with draw without any goal. But the PSG star Neymar satisfied with boys performance.