Brazil boss Tite has given explanation of his decision of including DIego RIbas into the squad for the upcoming world cup qualifying games against Bolivia and Chile. Whatever, Diego RIbas is a surprise call if you consider his age as he is 32 years old.

Whatever, Tite insists that Diego RIbas is a very familiar face in the national team of Brazil and it will help him to recover from the pressure of playing the highest level. He said that, Diego started his season very well and he is passing a great time in his career and he also posses a great ability with a football. 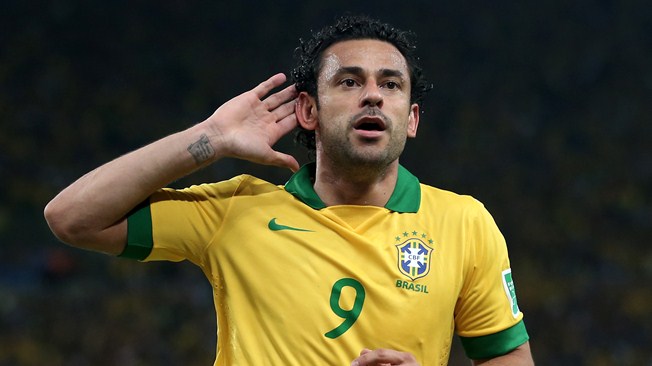 Diego RIbas was very much delighted to hear about his inclusion in the national side, He said to ESPN Brasil that, he always set his goal to play at the national team and to play at the world cup. He said that, inclding in the qualifying match’s squad means his dreams coming true. He thought he had a chance. He also said that, Tite has been talking about the collective a lot and it’s a huge motivation for him and other players like him.

On the other side, Ukrainian cub Shakhtar Donetsk midfielder Fred, who has been recently called in the national side to play in the matches against Bolivia and Chile had thought that he had become victim of some kind of joke and had been pranked when he first heard of that news. Whatever, his addition in the squad is no prank and he is in the squad for the remaining world cup qualifiers.

Fred has not played for the national team since the time of Dunga, who is the former coach of Brazil national side. The 24 years old midfielder has said that he had first got the news from one of his friend and he was very much convinced that it was a joke.

He said that it was a amazing happiness which he was feeling at that moment. he was in his car with his agent Gilberto Silva and they were going to the training. At that time one of his friend called him and said that he has been called upon for the national team duty. He though to himself if that was some kind of joke, so he logged on to the internet and finally found out his name on the list of the 24-man squad for the remaining qualifying games.

The Shakhtar Donetsk 24 years old midfielder now has his focus set on making way for the world cup squad next summer. He said it is a great happiness to wear that yellow jersey once again. He said that he has worked for this to happen. He has had a great time at the Ukrainian club, he admitted. He thanks the almighty that this opportunity has come to his hand.

He also stated that, he wants to impress fans and selectors again and wants to be remembered. He said their group of players are very talented but he will give his best efforts to make room for himself among those who will hoist the flag for Brazil in the 2018 FIFA World Cup.