Five times World Cup champions Brazil have lost by 0-1 to their arch rival Argentina in a friendly match which was held in the Melbourne Cricket Ground at Melbourne, Australia. This encouraged Brazil boss Tite to make some changes in the squad as he wants better result in the next game against Australia which will be played in next Thursday. It is not because Brazil lost, Tite says the changes will happen because of the worse playing display of his players.

The current world number one ranked team Brazil has wasted several chances as they could not score a single goal and eventually conceded a goal from Argentina and lose the match by that 1 goal margin and Argentina went on to win the super clasico. 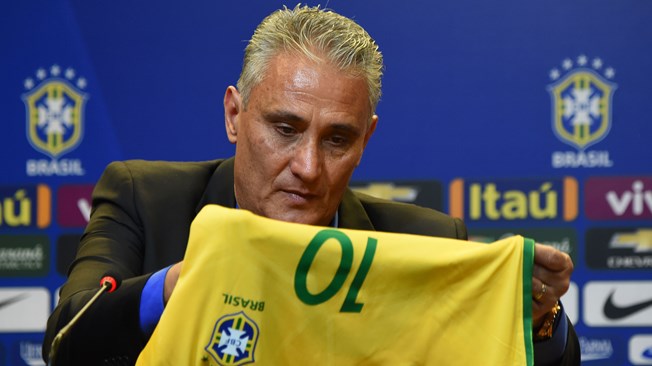 A goal from Sevilla FC defender Gabriel Mercado became the game deciding goal which he scored just before the half time at 44 minute. This goal helped Argentina’s new coach and former Sevilla coach Jorge Sampaoli to gain victory in his first match of his Argentina career.

Argentina who are now in the 2nd position of the FIFA world ranking are now in a struggling period as they have not yet confirmed their journey to the world cup 2018. On the other hand Brazil have already conformed the World Cup ticket. Argentina have four games left in their hand to qualify.

After the game Tite said to the media that in the game Argentina were not that much dominating but yet they became able to win the game and Brazil needs to be more careful in the future games as they missed so many goal opportunities in this game. Even it is a friendly game, but this is absolutely not done.

Tite added, there are several things to work on to and the Brazilian manager thinks he might make some changes in the squad for the next game against Australia and does not want to repeat such mistakes in the next friendly game.

He also talked about the previous match against Uruguay which Brazil won by 4-1, he said that they had made some adjustments to win the game as you can only win a game by scoring more goals than your opposition. That is the ultimate rule of the game. You can bot afford to miss chances in this level of game.

The Brazilians will stay in Australia for some few more days, as they have another friendly match against the host Australia on Thursday, who are looking forward to the confederations cup which will going to be held in Russia in this month.

Tite is thinking about being more perfect in the game against Australia.

Regarding the game against Argentina, Tite said that, Brazil team played well but made mistakes while marking the important opposition players and that cost them. Argentina were faster than Brazilians, he said.

He also said that they played well in the second half but could not open the face of the goal.

In the last stage of the game Brazilian forward Gabriel Jesus had been injured with blow in the face by a opposition defender. Is it serious?, asked the reporters. But, Brazilian manager confirmed everyone that, the injury of Jesus is not a grave one. Jesus is alright.