Brazil reportedly has announced the 24-man squad against Bolivia and Venezuela for October Match. The will be executed on 6th and 11th October respectively.

According to report Manager Tite revealed the squad Friday for 2018 World Cup Qualifying double-header. The first qualifying match will be hosted in Natal and the second at Caracas five days later. Tite has set the same roster for the both match. And it is the same squad which won over Ecuador and Colombia in last month.

By the state of source, Brazil boss included six more name in the panel. According to new list Chelsea midfielder Oscar also included in the side. The 25 years old made his debut appearance for Tite in March against Uruguay and Paraguay. He was not part of the squad  Ecuador and Colombia match. Recently Tite dispute his name on the squad. The midfielder has shown an excellent performance at Chelsea. He impressed the manager and turn into the team once again. 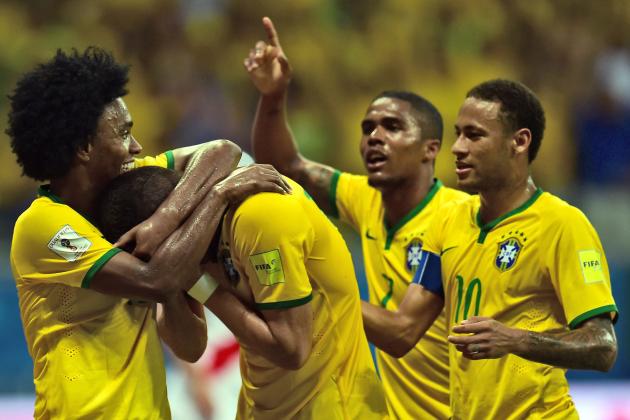 The former Brazil captain Thiago Silva also included in the side. He will also the part of Bolivia and Venezuela match. Thiago Silva’s ability has outcasted in last few years. Despite of being the most skillful defenders he was excluded from the side. It’s all for Dunga’s complain. Dunga removed him from the post of national team captain. Actually the former boss wanted to made family of player. That’s why he kick out the talents from the roster.

By thankfully he has removed from the post. And slowly the Brazil team come into track again. Tite maintained the team very well. He set the roster by their talent as a result we saw Brazil achieved the Olympic Medal at Rio.The last two victory against Colombia and Ecuador was really fantastic. Hopefully they will do well also in the next.

Midfielder Fernandinho who plays for Manchester City will also in the squad. Apart of them Giuliano, Paulinho, Renato Augusto, Willian, Philippe Coutinho are also in the list. In forward  Neymar Jr, Douglas Costa, Roberto Firmino and Gabriel Jesus in the squad. Let’s have a look at a glance of Brazil man list for upcoming matches.