Brazil football team taking ‘digital’ preparation ahead of the World Cup. Russia’s World Cup will be the 21st edition of the world’s biggest monologue, will be screened in June. Football fans all over the world are busy with day-to-day counting. On the other hand, the participants teams are taking their final preparations for the football World Cup. Their aim is to capture the WC title.

Brazil is also not ruled out. Five times world champions prepare to take advantage of the preparation to keep the deficit the technology touches. They will use the ‘GPS Player Tracking’ device to analyze the overall performance of the players more accurately. 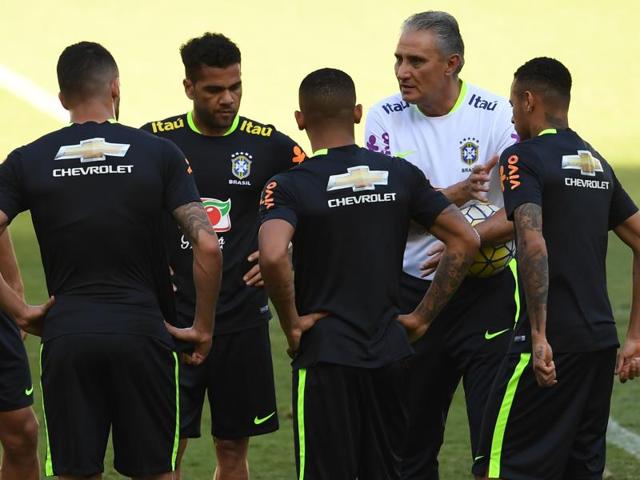 The player will be wear it while exercising and playing in the final event. As a result, it is possible to present information and data by analyzing players’ interaction, speed and also many things. Not only that, using the device they can also analyze the risks of players’ exhaustion and injuries. Ina word the device will give them multi purpose thing what they can easily share.

Brazil Football Confederation (CBF) has already tied up with a technology company named StatsSports in use of GPS Player Tracking. Referring to the use of this device in preparation for the WC tournament in Russia. CBF physiologist Gilmour Paas said that they did not want to make any shortfall in the preparation of the WC championship.

Brazil is not the only team that will use the ‘GPS Player Tracking’ device. The company has an agreement with the current world champions in Germany, Portugal, Belgium, Poland, Denmark and England. In addition to the English Premier League (EPL), La Liga, and Sir A ‘Gps Player Tracking’ is also used in the tournament.

It became the time of modern technology, so why football not using of it. The club football using that before and for the first time it will be used in the World football competition. Every nation hopeful for the upcoming championship. As we can say about the five time World champion Brazil. They very confident to grab the title this season.

Actually they want to finish the last time memory and only winning title can possible this. The star Neymar almost better and soon he join the side. It’s really pleasure for the whole country to join the national side ahead of the final event. Because he become most important for the competition. Whatever, the fact their target the being the golden trophy.