Ronaldinho retired from football world. According to reports the Brazil legend says goodbye to the football. His brother and agent Roberto Assis has leaked the news and he also confirmed that.

Brazilian media outlet O Globo has published the news which confirmed his agent by the decision of his brother. It is also learned by source they are planning to make a farewell tribute events and the event will be pretended after Russia World Cup which going to take place June-July this year.

Assis mentioned to media such a Brazil legend quit his career so all should do something big, pretty and nice. But as the World Cup championship knocking at the door so the function will be arranged after the championship and perhaps in August. 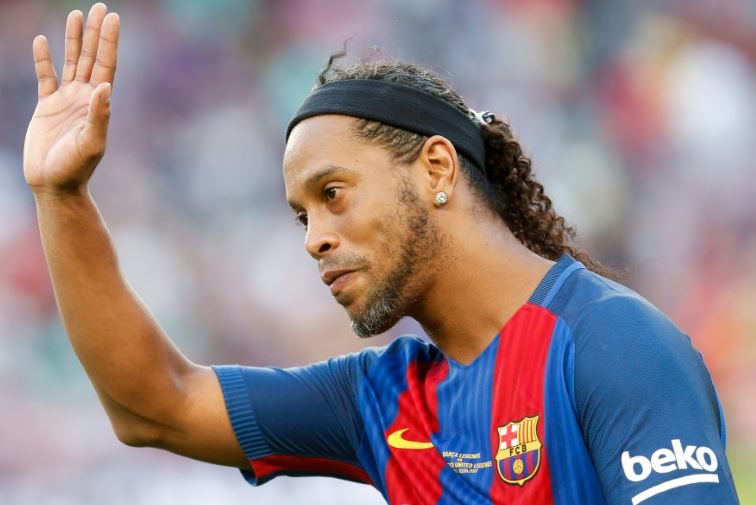 By the state of the reports they had planned to do different amazing events Europe, Asia along with Brazil. And, of course, they are arranging something special with the present Brazil team.

The Brazilian became the winner of World Cup. Not only that the man also grabbed Champions League trophy along with Ballon d’Or award. To retire from from the field of Football such a bad news for his fan.

The striker started his journey with Gremio club and in his lifetime he played in different side like Barcelona, Milan, PSG and so else. In the last stage he linked with Fluminense. After failing to provide himself the 37 years old had lost his confidence and finally announced that he became too old to back to action.

However, we can’t declined the versatility of the Brazil legend Ronaldinho. Though he decreasingly lost his power but he was an excellent attacking midfielder, playmaker, winger and also a great forward in his full career.

The 37 years old started the career with home club Gremio. After he move up Europe with the biggest club Paris Saint-Germain. In the year 2003 the La Liga giant Barcelona. His journey with the side was mind blowing. For his extraordinary performance the side able to grab the Champion league trophy. In 2005 he won the 2005 Ballon d’Or award.

In the international career the forward played 97 matched for the national team where he made 33 score. The striker oe of the most successful footballer in the World. After a lot of success, we can say that with the age he lost the focus of playing and the club Barca sold him Milan. After that he made many journey and finally he retired from the World of Football.