Brazil head coach Tite finalized 15 for Russia tour to fight 2018 FIFA World Cup. Tite reportedly announced son Friday he already filled-up 15 space with their selected guys as the World Cup squad. And he also assured that he would visit Russia with that squad. His beliefs with that squad he gain his goal.

According to the list Thiago Silva has been included in the side. The former captain who was kicked out from the national site has been parted in Brazil squad in this season. He was desperate to join the site and finally his dream comes true.Silva was dropped unexpectedly from the PSG team against Real Madrid and the result ended with 3-1 lost, which very embarrassing for the Neymar new joining site Paris St Germain. 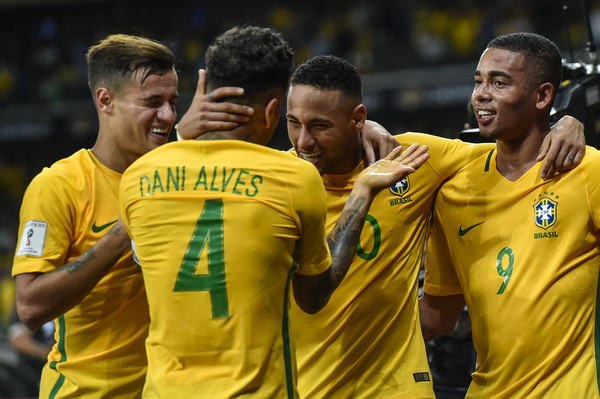 Roberto Firmino also included in the squad. According to Tite the Liverpool player must go to Russia. He being a very good player and he deserve among those who will definitely be going to Russia. His ability really awesome to go for the championship.

New signing PSG star Neymar also in the list of along with Barca man Philippe Coutinho. Man City star Gabriel Jesus has been included in the Tite’s list. Not only that The head coach also revealed the starting line up of the team who get first chance to play the game.

The starting eleven whos going to contribute in the competition are Alisson; Marcelo, Miranda, Marquinhos, Daniel Alves; Paulinho, Renato Augusto and Casemiro. The names are published in popular Brazilian website. So there has no failings of these name. Here the 15 names of the list.

Brazil face two friendlies against Russia and Germany next month as well as a pre-tournament clash against Croatia, before taking their place in World Cup Group E with Switzerland, Costa Rica and Serbia.

Undoubtedly Brazil being one of the most popular team in the World. It become the only team who grab the title for the most time. They won the trophy for five times. This season they drawn in group E where they have to take Costa Rica, Serbia and Switzerland.

The five time champion will play their next match against host country Russia in March and then they will take defending champion Germany. However, they will play some more matches ahead of the championship.