Brazilian full back Danilo becomes the fifth summer signing of English Premier League title contender Manchester City. The defender was expected to depart the Spanish giant Real Madrid and finally his time at the capital of Spain comes to an end as he heads toward the Blues of Manchester. He followed the footsteps of another full back, the English man Kyle Walker who joined the same club just earlier. Danilo was struggling at the Santiago Bernabeu to get himself settled in the first xi of the Los Blancos because of the in form Spain international Dani Carvajal and this might change his fortune. 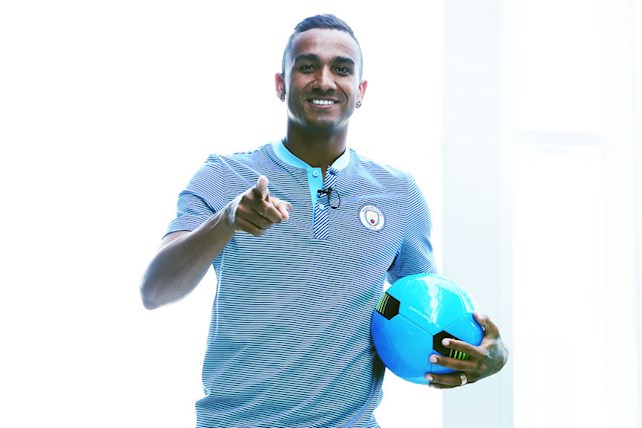 After the departure of veteran Argentine Pablo Zabaleta the right back position of the Guardiola’s side was vacant and under that circumstance the former Barca manager signs two right backs to fill up the vacant number 2 position. English defender Kyle Walker joined from Tottenham Hostpur for £43.35 million and soon he was followed by Brazil international Danilo who costed a total of £26.9 million and the former Galactico signed the contract on a 5 year long deal. Both the new signings are very good, pacey, experienced and are suitable for the playing type of the top tier competition of the England.

The player who turned 26 in the last month started his senior career at America MG. Then he played for the renowned Brazilian club Santos before moving to the Portuguese side FC Porto. He featured in 91 matches for them and scored 11 goals. He moves to the capital of the Spain back in 2015 and appeared in 41 competitive games for the Blancos and netted on 3 occasions. But he was not at his absolute best for Zinedine Zidane’s side and lost his place in the first xi as Dani Carvajal continued to do better on each occasion and a move was much needed for the 6 feet tall footballer.

The former Porto star left Real Madrid’s training camp at Los Angeles and went to the City’s base to have a medical and after completing the formalities of a successful medical he joined the Citizens permanently on a 5 year deal. He expressed his happiness after the transfer was done and also indicated that there were many interests from the other clubs but as it was his ambition to play under Pep Guardiola, he chose the Etihad Stadium based club without any hesitation. This is the first time he will play for any English side. City also signs Vasca da Gama midfielder Douglas Luiz for £10.20 million.