Brazilian national team footballer and a former Bayern Munich player Luiz Gustavo who plays in a position of defensive midfielder in the football field has been transferred to Marseille for 8.7 million pound. Marseille is a french club which plays in the french first division premier league named Ligue 1. This Brazilian player was a key player for German Bundesliga club Wolfsburg. This 29 years old played for a straight 4 years at Wolfsburg before joining Marseille. 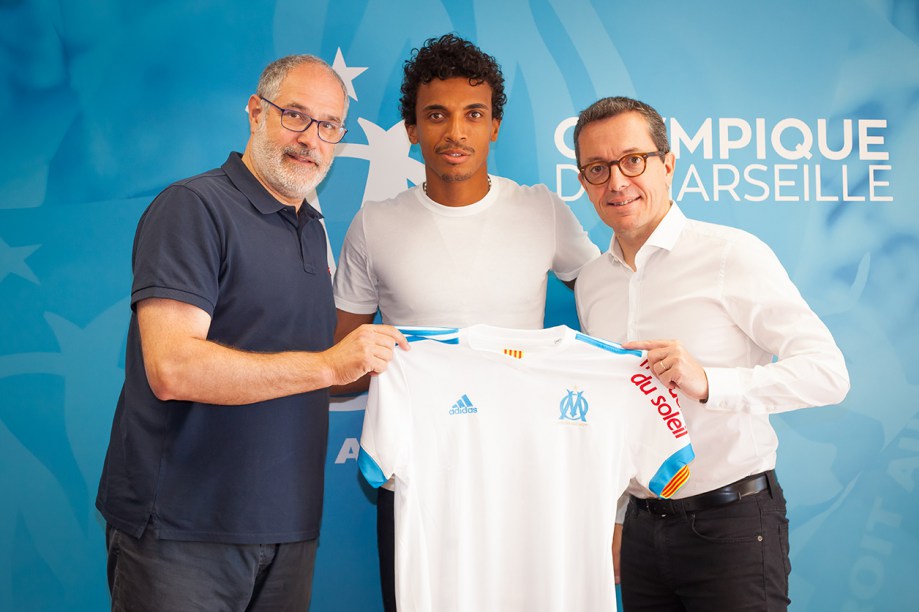 This Brazilian was a key player of the Brazil’s 2014 world cup squad. He started his Bundesliga career at the age of 19 in the year of 2007 for Hoffenheim. He also played for the biggest giant of the German league, Bayern Munich. This 29 year old defensive mid was a key member of Bayern Munich’s 2013 treble winning season when Jupp Heynckes was the coach of that club.

After that success, he decided to change his home and then he joined FC Wolfsburg. With Wolfsburg he has managed to win only one trophy which was the German cup in the year of 2015. He also had been in the second position in the Bundesliga just after Bayern Munich at 2015. He has not won anything notable after that till now with Wolfsburg.

Whatever, there was a rumor about Gustavo’s transfer to Marseille and it has just become true after Marseille’s posted picture on twitter. Luiz Gustavo is now officially a player of French club Olympique Marseille. He has been transferred here from Wolfsburg which costed the french club almost 9 million pound. Whatever, now he is with Rudi Garcia’s side in the next 2017-18 Ligue 1 campaign with Marseille.

About coming to a new address and leaving the previous Luiz Gustavo was professional. He said about that, It is always hard to say goodbye, but he also had developed a desire of playing in a new club and playing in a new country during the summer break that is almost passed. Wolfsburg’s official website has stated this on the transfer of this Brazilian.

This 29 years old Brazilian was a key member for Brazil’s 2014 world cup campaign and he is also a very valuable player to Brazil since his debut in 2011. This defensive midfielder has appeared in 41 games for his national side. He has also scored 2 goals for his country.

Gustavo will join French club Olympique Marseille teammates in their pre-season training camp which has been in Switzerland on next Tuesday.

Luiz Gustavo is Marseille’s second signing in this season after they have fetched Valerie Germain from the champion of this season Monaco.

Marseille have not released any contract length details with Luiz Gustavo yet. Whatever, Marseille had finished their Ligue 1 run being in the 5th position last season. So, they certainly hope to improve at least a bit after they have bought some world class players like Luiz Gustavo and Valerie Germain.