Rafinha who is a Brazilian national team player has demanded more game at the Allianz Arena who has arrived there in 2011 from Genoa. He was also the prime target of English top flight Chelsea in last summer transfer and received offer from Stamford Bridge but rejected. As the reward of loyalty to the Bayern Munich, he has demanded more matches there.

The Brazilian star used to play the major role at the German Allianz Arena since the departure of Philipp Lahm but recently his position which he used to prefer first as right back is given to German defender Joshua Kimmich instead of him. 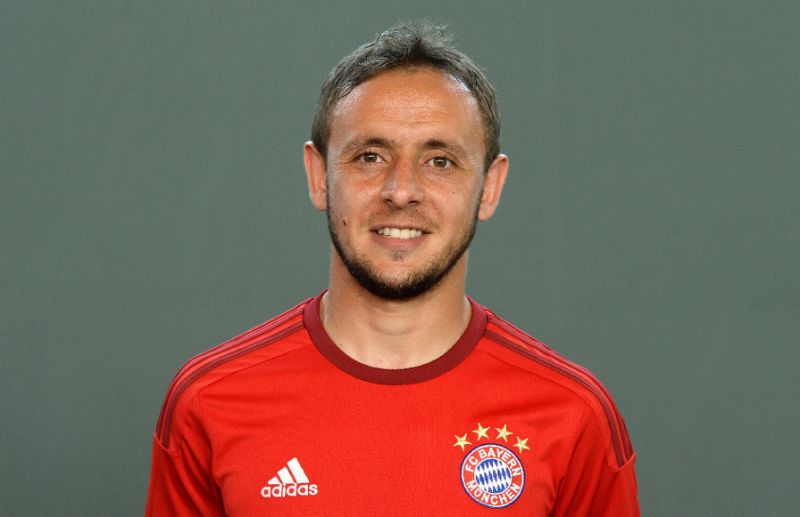 This Brazilian has come to end his career and his current age is 32 years. SO, at his ending position, he needs to field regularly and it would be in Bayern Munich or somewhere else. In the meantime, Chelsea tried to land him in the last summer transfer.

This Brazilian star started his professional club career in Coritiba in 2002 where he played 37 appearances in three seasons and also scored thrice times so far. He is very experienced defender no doubt. Later, Schalke 04 took him from there in 2005 and kept him till 2010. He made 153 appearances with Schalke and scored his highest seven goals so far.

However, in last summer transfer, he came to the spotlight when Chelsea boss Conte fixed his eye upon him. About this fact, Rafinha stated that he had received offer from the English and Spanish league earlier but he never left the Allianz Arena. He also added that this clubs always tried to collect him but he loves Bayern Munich and trying to give his hundred percent. So, the responsible people knows about him he thought that he wants to play but he thinks that the time has come to think about his future now.

He also admitted that his relation with the current coach Carlo Ancelotti is very good and his contract with the club is still valid. So, he thinks that coach will understand and ground him regularly.

In his long professional career, he played for total four clubs where his 3rd club was Genoa. He arrived there from Schalke 04 in 2010 in exchange for €8 million. He played with them just one season and made 34 appearance. Later, German top flight took him for €5.75 million and the contract was for three years. Till now, he played already 139 appearances with Bayern and netted thrice times so far.

He did not get much chance with Brazilian national team though where his international debut was held in 2008 against Sweden. Only four international appearances were made by this defender.