Kenedy who arrived at the Stamford Bridge in 26th June, 2015 from Fluminense has moved to the Watford this summer at the last moment of the Transfer window on loan for one year long. He has made only 14 appearances with the Blues and scored once against Norwich City in last season. But failed to get chance in current squad of Chelsea and seems as a surplus in the team now. So, the current boss of the Blues Conte wanted to offload but did not want to sell him this summer. In this circumstances, he got a chance where Watford tabled an offer for this Brazilian international which seems suitable and Conte took that offer and within 24 hours the movement was completed. So, Kenedy has to spend his next season with the Yellow Army and if there, he would be able to show great performance, then perhaps, Chelsea would probably give him a chance to perform with the best eleven otherwise, would be sold or given loan again whereas he is just 20 years old and have a great future ahead. 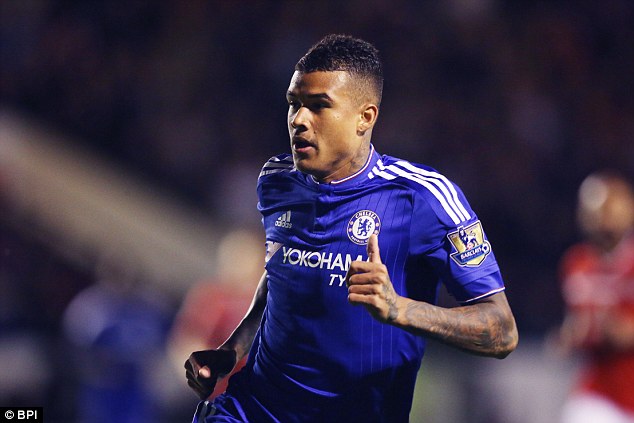 Watford, which finished their last Premier League season by standing 13th in position has now taken desperate movement to upgrade their ranking in ongoing season of EPL. They have been starting to work on this view and so, they have to tally signed ten players including two free transfer. Besides, they have also picked two players on loan where Kenedy would be their best option.

However, 20 years old Kenedy was interested by PSV Eindhoven earlier and the agreement between the Pensioners and them was about to at final stage but at the last moment they shifted their attention and completed their position before the deadline.

Chelsea has given a large number of players on loan this summer which amount around 38 where Brazilian player also one one of them.

Kenedy started his senior club journey with Fluminense in 2013 when he was just 17 but before started senior level, he used to compete in Fluminense youth club and stayed there almost three season. He made 30 appearances with Fluminense and scored twice in his two consecutive senior season with them. Later, he was arrived at the Stamford Bridge in 2015. He also played for Brazil under 17 team and Brazil under 20 team. He is considered as one of the Promising player of Brazil nowadays and waiting to be a part of national team.

So, considering all that matter, Kenedy would be an effective addition for the fellow Premier League club Watford.