Brian Lara called back the West indies legend Chris Gayle,  Andre Russell, Lendl Simmons and Samuel Badree for upcoming tri-nation ODI (One Day International) series which going to be hosted in West Indies from 3rd June. The tournament will be executed between three teams West Indies, South Africa and Australia. There are total ten matches will be played along with final. In the group stage per team have to play three games against other and the top two team will face in final.

Guyana  cricket stadium will host the first three matches and the second three games will be taken place at St Kitts stadium. The last four match including final will be hosted at Kensington Oval cricket stadium in Barbados. 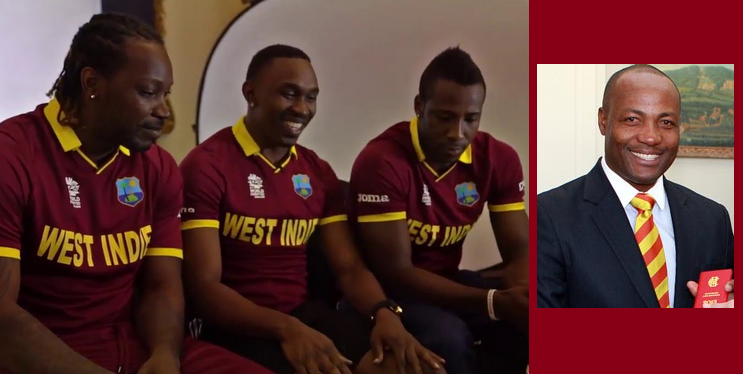 The Caribbean manager Roland Holder promised that the tournament would be very exciting and enjoyable than the past. He also mentioned that the event would provide the Caribbean a golden chance to fit themselves and proved themselves against the two hard team in the world.

In that case the Caribbean legend Brian Lara thinks the T20 specialist should back home and should prepare for the grand series against Australia and South Africa. Lara has already called the stars to return Kieron Pollard, Dwayne Bravo and the Chris Gayle, who are playing Indian Premier League at present.

Last month, Caribbean coach Phil Simmons called up a board meeting to set up the rules and regulations for upcoming series. On the meeting he committed that if West Indies Cricket Board have not changed the current stance of the star cricketer like Chris Gayle, Andre Russell, Lendl Simmons along with Samuel Badree, they would have miss the tri nation series at home.

The coach claimed that the super 50 yet not selected and the players who had been talked already did not back. He was worried about the best seven or eight players of the team. He mentioned that if they would not take part in the tri nation series the rest two teams Australia and South Africa will laugh at them. Because the challenges seemed too easy to play without the specialist Chris Gayle, Andre Russell, Darren Sammy, Dwayne Bravo and  Simmons at home.

Phil Simmons also added that it was seen to all what happen in world T20 in India and what can they do in the next. But T20 is not enough for any team, it’s the time to prove themselves in 50-over format. In order to qualify for the next World Cup, they have to grab the series and raising up the point table. So it’s the high time to give a good shape to Caribbean in ODI like T20. For fetching that back the cricket legend should back in the game soon.