FIFA Confederations Cup is knocking at the door and will start on June 17 in Russia. 6 continental champions along with the World champion and the host team, a total of 8 team will participate in this tournament.

Russia: The Russians are the first ones to qualify for this tournament as the home country. They got the auto selection on December 2, 2010, after being nominated as the host country of the 2018 FIFA World Cup. It is their first ever appearance in the Confederations Cup.

Germany: The Germans have qualified as the world champions by beating Lionel Messi’s Argentina in the final. They qualified on 13 July, 2014. It’s their 3rd appearance in this competition, previously featured in 1999 and 2005. In the 2005 edition they reached the semifinal but was beaten by an in form Brazil side in the semi final at their own home ground. 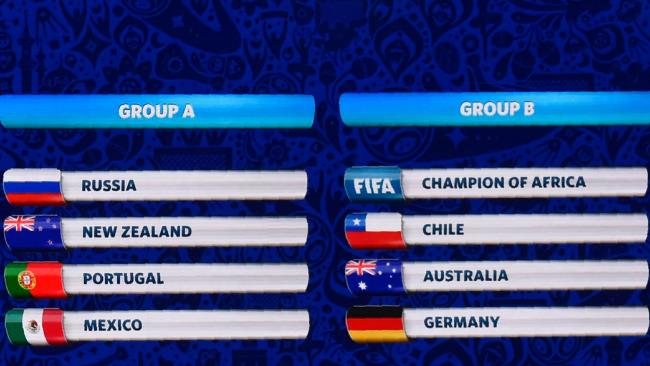 Australia: They will participate as the 2015 Asian Cup winner. It will be the 4th time that the Socceroos will compete in this renowned tournament. Their participation was confirmed on 31 January, 2015.

Chile: Chile will enjoy their debut in the tournament as they entered there for the very first time in their history by winning the Copa America. They ensured their entrance that on 4 july, 2015 by beating Argentina in their own home soil under Jorge Sampaoli.

Mexico: Mexico is the team who has participated the highest time in this competition among all the competitors. It is their 7th featuring as they played on 6 occasions previously. They secured a spot as the 2015 CONCACAF Cup winner on 10 October 2015.

New Zealand: New Zealand will represent the Oceania region as they were the champions of OFC Nations Cup 2016. They sealed it on 11 June, in the last year. It is the 4th time the All Whites are taking part.

Portugal: The tournament hot favourites Portugal, who will have a debut, confirmed their place as the UEFA Euro champion. They beat host country France in the final on 10 July and will be looking to lift another trophy.

Cameroon: They are the last team to join the other 7 teams as they qualified as the 2017 Africa Cup of Nations champion team. They saw off Egypt in the final and named themselves as one of the contender on this February. It is the 3rd time the Indomitable Lions will be featuring in this competition.

Russia, Portugal, New Zealand and Mexico are at group A. On the contrary Germany, Cameroon, Australia and Chile are at group B.