Captain of Australia Steven Smith became reached his career-top of the ICC ranking with 939 points. He is leading the top ranking for quite a while. But this time Smith took himself to the new heights of honor. The captain brought up himself at a good Rating points in the ICC rankings for Test batsmen with his greatest batting power and included himself in the top sixes.

Pune Test against India, he gathered 27 in the first innings and 109 runs in the second innings. Overall he played outstanding innings. Test performance against India a top side he got 66 points from the test. Australian captain now holding 939 ratings points.

Smith reached the point rating in the history of Sir Gary Sobers, Sir Viv Richards and Kumar Sangakkara. These three cricket legend was holding their career-best rating of 938 points. With 939 he left them behind and leading the position. 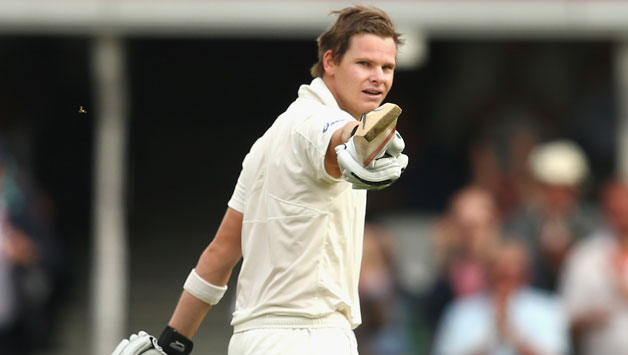 Don Bradman’s 961 taking him best rating in the history of the ICC rankings. Hutton Lane 945, the second best of all time. With 942 ratings points the third leading most the co-cricketers, Ricky Ponting and  Jack Hobbs. And the 941 points made Peter the top five ICC Test Batsman.

And the new tally pulled up Smith in the top six. Smith further up the ladder to the top of the history of the opportunity. Although a lot of difference in rating points, Smith and Bradman but soon he dropping all bottom of him.

The right-handed being really a very talented guy. His superb power of batting always fantastic. In 2014-15 Border-Gavaskar Trophy series which played against India, Smith became the top run scorer. Not only that, he grabbed the Allan Border Medal in 2015 for the best cricketer in Cricket Australia. He was always good but he got better after taking the responsibility of Australian cricket team. After taking the post of captaincy he getting very serious and conscious. Slowly he covered all past failings and pulled on the team to new height.

With overall team he played well himself and that’s why ICC announced him the top Six Test batsman in the world. The recent Test against India he flowed over the series. It’s really amazing to watch him on the last Test. His flawless performance and mind-blowing hit such a heart catching part of the game. With his brilliant performance it’s clearly proved that how he struggle for the top position. Soon the day will come we see him top of the list.