England not getting Chamberlain in World Cup. Due to knee injury the midfielder out of the field. The alarm was happening since then, when he left the field riding on a stretcher during the Liverpool-Roma game. Liverpool coach Jurgen Klopp gave a hint at the press conference on Tuesday.

The German coach’s apprehension is going to be true finally. Chamberlain’s World Cup dream ended due to injury. The knee injury has hit English midfielder ant stop him to go Russia for the World Cup. Liverpool have given such bad news to England on Wednesday. 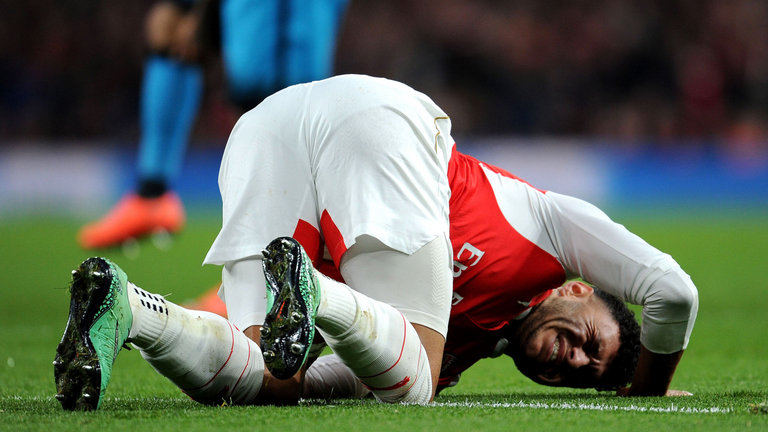 The news came as a shock for England. Liverpool have also shocked for the news. In the meanwhile, The Reds will not get the midfielder in UEFA Champions League.  On 2nd May, the UEFA Champions League semi-finals will be played without him. Even if Liverpool reached the final, Chamberlain could not go down on 26th May. It become very disappointing for the English guy.

Liverpool said in a statement that Oxlade-Chamberlain was not staying in The Reds camp this season due to injury. Similarly, England will play the WC tournament in Russia, without him.

Chamberlain was in great rhythm after joining Liverpool this season. But the 24-year-old Midfielder is the victim of cruel reality due to injuries. Liverpool coach Clip, however, had told BT Sport earlier, Oxley-Chamberlain has probably been badly injured. It was just worried of him but finally the fear came true and the man kicked out from the competition of both side, club and international such an important moment.

After the inspection of the test on Wednesday, it was found that the English star’s injury was a lot. Chamberlain did not keep the frustration down. On social media Twitter he wrote that it became very disappointing to suffer the injuries during the season’s most important period. In Champions League he can not run and he is not even playing for England in the upcoming championship. Now everyone needs support to get behind the nightmare.

Chamberlain, who took part in the friendly match against the Netherlands and Italy in March, He also did a great performance. The knock-out of him, certainly the England coach Gareth Southgate puts him on the forehead of anxiety. Normally England facing many problem to be taking part in the forthcoming Russia WC. In this situation such bad news really a great shock for the team. It is also reported that their star player hary Cane also doubted for the upcoming tournament.