Chelsea is now on their pre season tour schedule and their current boss Conte is feeling a lack for a striker. So, he is trying to find a striker and after a several search, he has finally found one who is the current Paris Saint Germain striker Edinson Cavani. Besides, Cavani, Conte has some alternatives but it seems that the Blues boss wants Cavani next summer instead of them where this Uruguayan striker also wants to leave Parc des Princes after passing three season successfully with them. All he wants some new challenge. 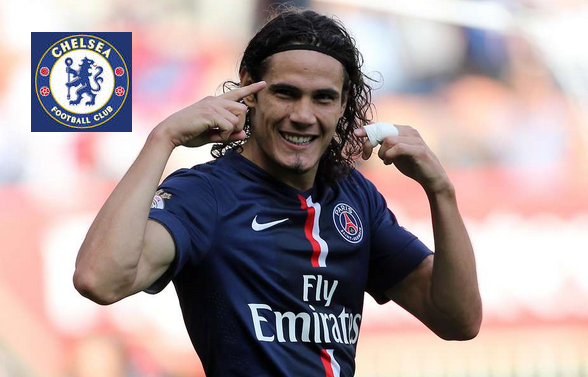 So, Conte has already launched an offer to PSG £41.5 million bid reportedly but the Red and Blue are claiming £66.5 million instead. After demanding a large amount for this forward, the Parisians have thought that this will keep the Blues under pressure and they did not afford so much for this striker but the owner of Chelsea has shown already their capability where earlier this summer they have bought N’Golo Kante from Leicester City by spending £30 million so far. So, they are not afraid to meet such demand.

Alongside of the Blues, A number of clubs are looking for signing Cavani in this season including Arsenal, Manchester United, Atletico Madrid and Liverpool.

But the Parisians have already lost Ibrahimovic this season and they do not want to let go another striker at the same season which would make them weaker. So, they are desperately going make an extension with Cavani.

The Pensioners have enough bad experiences for placing bid in this season. They also placed £63 million bid for Alvaro Morata but Real Madrid rejected that. Chelsea have their next option after Edinson who is Everton star Romelu Lukaku.

Cavani is a Uruguayan international striker who joined with the Parisians in 2013 from Italian Napoli in order to get €64 million approximately for five years which will valid till June, 2018. Edinson debuted with them in next 9th August, 2016 and till now he played with them 97 appearances and made 53 goals so far.

Cavani began his club career with Danubio and made highest appearances with Palermo which was his 2nd professional club. He made their 109 appearances by staying almost three season. After that, he joined Napoli in July, 2010 in exchange for total €17 million for five years. He played with them 104 matches and scored 78 league goals so far. In 16th July, 2013, he signed a five years deal with PSG and last Ligue 1 season, he made 32 appearances and achieved 19 league goals so far.