Thiago Maia Alencar is widely known as Thiago Maia who is a Brazilian professional footballer. He is now only 19 but within very short time he has become an inseparable part of Santos where he is playing for them currently. Santos is his first senior club too. He is given 29 number shirt there and he is a central midfielder. For showing extraordinary skill in field, he is now wanted by many clubs. Stamford Bridge is one step ahead of them. They are keen to recruit him for this summer. The chief of Chelsea, Conte is preparing a bid for this Brazilian teenager which will be approximately £15 million.

The agent of this teenager Kia Joorabchian has already spoken with the club about his departure and felt interest to sign with the Blues. However, he is going to take part in upcoming Rio Olympic 2016 with team Brazil and no doubt he will be observed. Through here, he would possibly get chance to play with the national team. So, he is desperate to do his best. 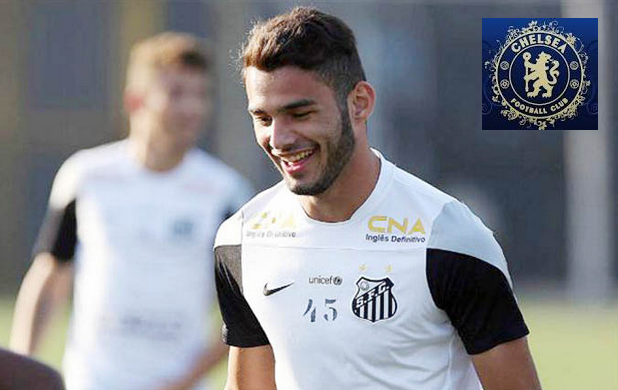 He debuted his first senior club Santos in 25th October, 2014 against Chapecoense where he joined there in the same year. Till now, he made 44 appearances with the club and scored 2 goals so far.  He scored his first goal in 22nd August, 2015.

Though, first time he made only two year contract with Santos but in next 13th October, 2015, the deal was extended to 2019.

Maia’s agent is trying to secure £15 million deal with the Blues for this Brazilian and if he wants to sign with them then Kia Joorabchian will take the Chelsea’s offer to Brazilian side. It is needed to mention that the Brazilian side is currently hold 100% rights of this teenager with one condition include which is 30 percent of any transfer fee would go to the player directly. So, if there will be a deal approximately £15 million, the player will get £5 million. So, now Chelsea is waiting for the Santos’s confirmation where if they agree, then the Blues will move for further process.

The chief of Chelsea Conte has already bought two players in Stamford Bridge named Michy Batshuayi from Marseille and N’Golo Kante from Leicester City. Now Conte is keen for another transfer. However, the Blues are facing competition to get him because French side Paris SG is also keen to this Brazilian. About PSG, the Teenager said that he wants to come as a king and leave like a league where he is very fond of Ibra.