According to the news, Antonio Conte is the huge fan of Argentine star Di Maria and always wanted him to play with his side but now, there is a real chance has come thoughtfully where the playmaker seems to be unhappy with his club Paris Saint Germain nowadays where he arrived at the Parc des Princes in 2nd August, 2015 reportedly and made his debut in the same month at 30th against AS Monaco. He was good with the Paris SG but when they appointed a new boss named Unai Emery, the things has began to change. The Argentine star does not seem happy with him and feels no comfortable. As a result he is currently seeking to be back at the English side despite being has a bad experiences with the Red Devils. At the same time, Conte is looking for a perfect playmaker or attacker whereas they suffered attacking problem which causes them last two matches of Premier League defeat and one draw. So, Conte would ready to welcome Di Maria at the Stamford Bridge any time. 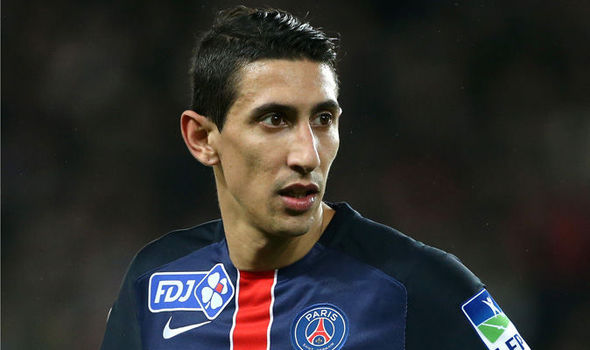 After joining at the Parc des Princes, he spent his first season with them too well where he made 28 Ligue 1 appearances. In the meantime, he netted ten times with 18 assists which helped the team to get the Ligue 1 title. But in the new campaign after arriving their new boss Unai Emery, the Argentine has failed to impress him where he has played 14 appearances but netted none with two assists only.

The exact same thing happened when he was playing with the Red Devils where he arrived at the Old Trafford in 26th August, 2014 from five years and the transfer cost was £59.7 million and he played with them under the coach of Louis van Gaal. He made with them 27 league appearances and netted only three times along with 10 assists. Due to being unimpressed by his performance, he was sold to the French side.

However, if he has wanted to return to the Premier League side, Chelsea would be a perfect option for him where he would probably utilise his talent. Besides, the Blues are in need a attacking midfielder this season because their winning rate is not significant and they defeated their last Premier League match against Arsenal where the Gunners almost crushed them by 3 – 0 goals. The Blues will play their next match in next Saturday against Hull City and two weeks later they will play against Leicester City.