Over the last summer, the Blues were trying to land Lazio playmaker Felipe Anderson who is considered as one of the most potential player of Brazilian national team squad who has just made one international appearances for the national team yet but already shown his quality. He would be regular for the national team within very short time. However, Antonio Conte who is the new manager of the Blues failed to bring him at the Stamford Bridge in last summer transfer window but he yet to give up but to desperate to make another attempt to land him in next January, 2017 which is the only nearest transfer window. If we consider the possibility of joining the Brazilian international at the Stamford Bridge in upcoming January, it would be possible for him to join. Because, with the Italian side, he yet to make any appearances in this season and almost his future at the Stadio Olimpico are full of cloud it seems. Though, he made his highest 75 Serie A appearances with the Eagles till now after joining from Brazilian club Santos in 25th June, 2013 but day by day, his opportunity with the first team is getting thinner. So, he would take wise decision about his next move and English side would be a better option for him where Conte is planning to use him with the first team also. 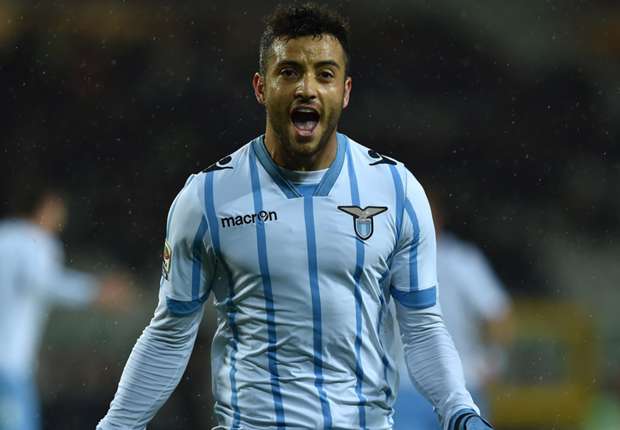 Though, Anderson is a attacking midfielder but in Lazio, he is used for the wing back which is much similar with the Blues current formation. Antonio Conte has changed the playing pattern after taking control of the Blues and he is now up to that players who are basically familiar with his pattern. Anderson is no doubt a perfect choice for Conte and so, he is willing to land him.

However, Chelsea spent a huge amount in last summer transfer for the purpose of buying players. He also spent the most busy time then and collected four players along with a free transfer. French playmaker N’Golo Kante was his one of the best midfield addition back then but he also wants to use one or two more hands for this platform. Without Chelsea, Manchester United also keen to land this Brazilian international in last summer.

Felipe Anderson who built his youth career with Brazilian Santos and it was also his first professional club where he joined their professional team in 2010. He made 62 appearances with them before leaving there. Lazio bought him for €7.8 million with five years duration in 2013. So, he has also a couple of years left contract with them.