30 years old Colombian striker Radamel falcao was the loan player of Stamford Bridge and the loan agreement has just finished in 30th June, 2016. Chelsea put him under contract from French Monaco for one season in 2015/16  where they added an option there to become permanent in Chelsea and the transfer fee was set at €50 million which was based on his loan performance.

Falcao signed the deal with the Blues in 3rd July, 2015 which is valid till 30th June, 2016. But the disappointing performance in last season with the Blues where he totally played 10 matches and scored 1 goal, Stamford Bridge has recently made an announcement about releasing three loan players. Falcao is one of them. However, Chelsea also thanks this three players for their participation in Stamford Bridge and wishes their success in future. 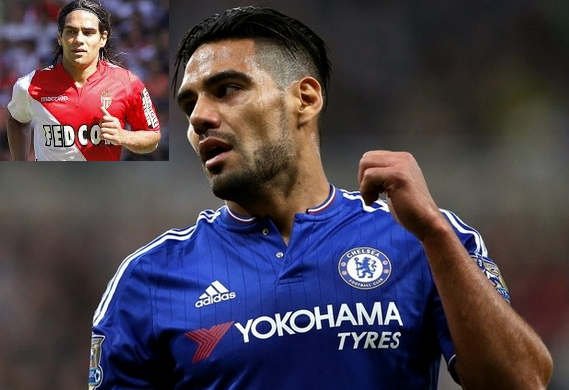 Radamel Falcao Garcia Zarate or simply Radamel Falcao is Colombian by birth and started his career with Colombia national football team in 2007. Since then, he has participated in total 62 matches for national team and scored 25 goals so far which has made him all time top scorer in Colombia. Since the beginning of his career, he plays as a striker. He is known in the world as “natural in form, goal scorers”.

However, the club career of this Colombian striker is very colored. He totally played for five different clubs excluding two loan also. He started Lanceros Boyaca when he was only 13. Later in 2001, River Plate collected him only for fee $500,000. He played 90 appearances there and scored 34 goals.

Falcao was also the most expensive player in Spanish Atletico Madrid where they bought him in order to €40 million which could rise to €50 million based on performance. He played for them two long season and next French club Monaco recruited him in 2013 for five years with undisclosed fee but it could be approximately €60 million.

Since then, he plays for Monaco. But, there, he played for two loan clubs named Manchester United and Chelsea and both two cases he was dim. Falcao joined with the Blues from Monaco on loan in 2015 just after a frustrated season in Manchester United but due to injury, he made only 10 matches there which indicated his last season at Stamford Bridge.

Now, this former Chelsea striker Falcao is very happy to return in Monaco and he is completely fit for his next long season, he believes. By disappointing last two season, he is keen to prove himself in French Ligue 1 and wants to become a leading goal scorer in upcoming season of it.

He is now struggling hard to regain his form since he has returned from cruciate ligament injury. Now, he sets his target to claim golden boot in upcoming Ligue 1 season.