The summer transfer window has finished already but the Blues are still in the market to bolster their defensive line up which is also needed for the maintain the Premier League rules. According to the EPL regulations, each and every team must submit eight homegrown players in their squad where it seems that the Blues are yet not meet their demand. So, Antonio Conte has shifted his eye to the Spurs left back Ben Davies who would probably leave the club, according to the rumours.

According to the news, the Welsh international is the prime target of the Blues due to his frequently playing style. He can able to play left side with three man formation as well as with the back four. Due to that reason, Chelsea will have to meet his release clause which approximately £20 million. 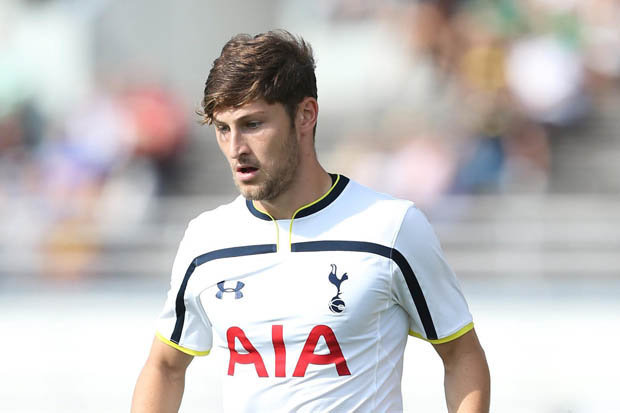 Chelsea has made their deadline jump successfully and bought two defenders at the last day of the summer transfer window named David Luiz from PSG and Marcos Alonso from Fiorentina. They have costed a large amount. Besides, the Blues have already spent much in last transfer season and would be tough to spend more but if they want to secure their back line, they have not plenty of choices whereas their regular skipper John Terry has fallen into a serious injury after they defeated against Arsenal by 3 – 0 goals and might not be able to play this season.

In the meantime, the Pensioners have only couple of choices without Spurs defender.

On the other side, Conte is also looking for his other two options and they are Michael Keane who is playing with Burnley and Ben Gibson from Middlesbrough. But there is also a problem about Michael where he is already offered an extension deal. However, Chelsea’s top target for now is Ben Davies.

23 years old Davies usually played a major role for both national team and club where he was also the Wales team squad in last UEFA Euro 2016 and they reached semi final but unfortunately defeated against Portugal there. Also there, Davies was one of the key player. After that, he was not the first choice of the Spurs coach Mauricio but however, got chance into the first eleven due to the injury of English player Danny Rose.

He started his professional career with Swansea City in 2012 where he made 71 appearances by playing two consecutive seasons. Later in 23rd July, 2014 he moved to the White Hart Lane and the transfer fee was remain undisclosed.