Chelsea has lost their one regular defender named Baba Rahman who left the club to German side FC Schalke 04 yesterday for a season long loan. The Blues will get him back after the end of the season. So, now they are in short of defense and due to that reason in the meantime, they will look for a perfect replacement of Baba Rahman. The Blues boss Conte keen to tie PSV’s full back Santiago Arias instead. Arias is a Colombian player who is playing for PSV since 2013.

Conte thinks that this 24 years old defender would be the better option for them and they are preparing to bid for him. According to the source, Arias also has a choice to come to the Stamford Bridge and perform with them however, he would like to get new challenge. 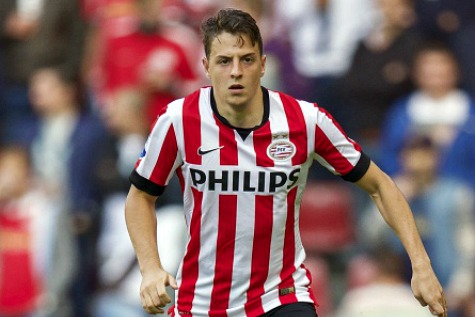 The next season will start soon enough and which why the Blues will have to do business hurry. Once the season will run, Chelsea will not able to collect him. So, Conte wants to place £12 million bid for this full back and they thought it will be enough to tie hi. On the other hand, PSV has realised that their defender wants to leave and so, they are getting prepared to sell him but not so cheaper.

Santiago Arias is also playing for Colombia national team and there he made 27 appearances since his debut against Paraguay in 2013. But netted none. He was also a roster of last Copa America 2016 which was hosted in United States. With him, team Colombia was gained third place in CA 2016.

This fellow Colombian has joined PSV in 2013 from Sporting CP for €1.6 million and started to play with number #13 shirt. Till now, he played 78 appearance with them and scored 5 goals. Among his last three season with the Peasants, his last league season was impressive. There he made 32 appearances and netted three times by playing as a defender. So, the Blues chief Conte has considered that statistics and keep him on his radar. Santiago Arias also played for La Equidad from 2009 to 2011 where he made 28 matches.

Arias would possibly be the amazing addition to the Blues chief as perfect variation in his squad where he kept looking for him so long. So, this Colombian would possibly be the third signing in this summer where Conte already picked two Michy Batshuayi from Marseille and N’Golo Kante from Leicester City.