Brazilian international footballer Oscar has joined the English side Chelsea in 2012 from Internacional where the transfer fee was £19.35 million agreed. But, by being a playmaker, he did not fulfill the demand of the midfield. He is showing poor performance continue. According to his last performance with Chelsea against Real Madrid which was a pre season match in 30th July, 2016, he was failed to show something different. So, the new Chelsea boss Conte thinks him unuseful and he does not think that the Brazilian works hard. So, in that case, Conte wants to sell him before the season started and in the meantime he has heard that the Italian side Inter Milan has felt interest and collect information about him. So, Conte hopes that San Siro would be recruited him. 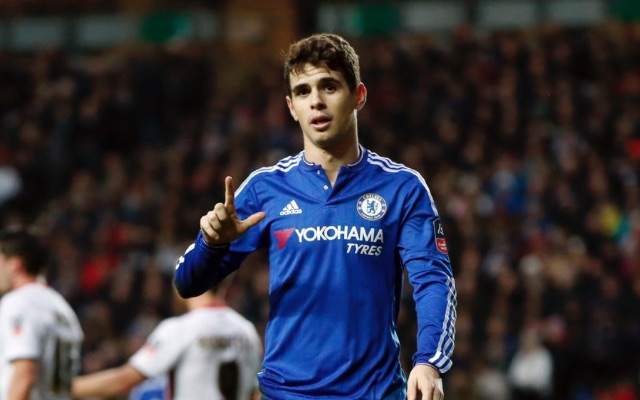 This Brazilian playmaker made 27 appearances in last Premier League season and netted only 3 goals so far. But still he is wanted by many clubs. Performing such type, not only Inter Milan but also Juventus and Chinese Super League also keen to him.

Though, at first, Chelsea did not have any plan to sell him but he failed to justify his name in EPL. So, there is no other way but to sell him whereas Conte still possess a good alternative of this Brazilian star.

By being unwanted at Stamford Bridge, he will be welcome San Siro because he would like to work with manager Roberto Mancini who lead the Biscione last Serie A season in 4th position. So, he would perhaps agree to move to the Italian side. It is needed to mention that Zenit St. Petersburg also linking to this Brazil international. However, if Oscar will have to leave the club then Inter Milan would be a great destination for him.

Though, many clubs are linking to the playmaker but only Italian side have made an actual move towards it. They would possible ask for a price within a very short time. And a source claims that Oscar would be available for €30 to €35 million.

This 24 years old Oscar could play an important role in midfield but first he needed to prove himself. Now, that seems not possible because Conte is now set his target to apply 4 – 4 – 2 formation where Oscar would be out numbered. And by selling him the chief of the Blues can get large amount. But it is not so certain and the talk with the Italian side about his departure of the Stamford Bridge is about to a primary stage.