By finishing their last season of Premier League dream with 10th position, Chelsea has started the new EPL season desperately where they won all three matches in this summer. The Blues new boss Conte has chosen the players carefully and also needs three more players to sign before the transfer deadline in next wednesday. Among them, one signing is too close. He is looking to bring Spanish defender at the Stamford Bridge to secure his defense position despite being enough alternatives.

The Spaniard is in good form in Italian side and would be the positive addition of the Blues current squad, Conte thought. Through him, Conte wants some variation in his defensive line and besides, they are originally some short of the left back side which would be fill up by the Spanish international. 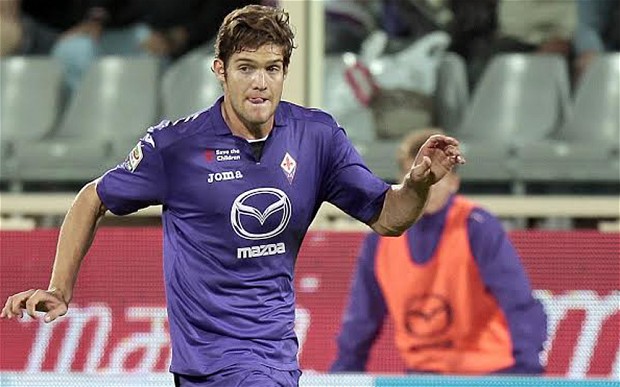 According to the report, the Blues are preparing a bid for the 25 years old Marcos Alonso and they are hopeful to get him within very short time. Besides, the Italian club Lilies has also tagged a price for the Spaniard which is almost the same. So, it seems, the Blues are ready to meet their demands where the price is reasonable.

However, the Spain international has spent his youth career in Real Madrid academy and learned many things from there which would be useful for the Pensioners. Besides, he also spent three years in Premier League with Bolton Wanderers in 2010 to 2013 which means he is also familiar with the English competitions. Alongside of Bolton, while playing with the Italian side, he almost spent one season with the Sunderland on loan. So, by focusing on him, would be a great achievement for Conte.

Though, Alonso would very much like to feature with the Italian side instead of moving towards at the Stamford Bridge but he is also upset due to the last match of Lilies against Chievo where he did not get chance to perform. So, the question has come out that will this the end of his career at the Stadio Artemio Franchi.

So, now, considering all opportunities, the Spaniard should choose an option carefully where it seems the both clubs have come to a conclusion about his departure. And also he would be considered as one of the major signing of the Blues this summer. However, playing with the English giant, would give him more respect as well as more salary. And also it would be the satisfaction of his future coach Antonio Conte and solve his left back problem.