Kalidou Koulibaly is Senegal national team centre back who is currently playing for Italian Napoli. But he is currently wanted by English side Chelsea. The transfer window is about to an end where only few days left. But before that, Chelsea boss Conte wants to sign just another defender for his squad and he is focusing on this Senegalese international at the end. According to the Daily Telegraph, the Pensioners are willing to meet the highest amount which worth almost £60 million for this centre back to bring him at the Stamford Bridge.

Team Napoli thought to release him in exchange for £45 million but the Blues has offered more because the time has short and Conte does not want to take any risk but to secure team’s defence. 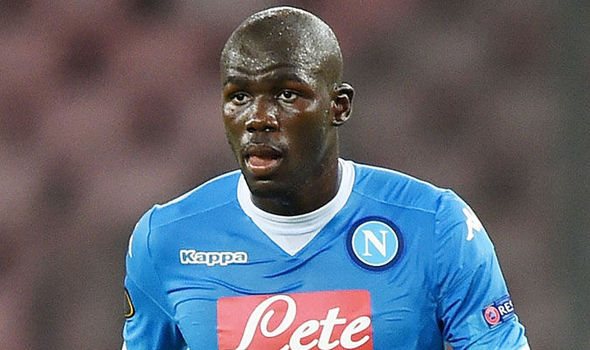 Besides, the Blues were rejected by placing £42 million bid for this Senegal international first time. By refusing first attempt, Chelsea is now ready to make a record transfer and they are desperate to do it. And so, they wish that £60 million will be enough to tie this 25 years old defender.

Koulibaly arrived at San Paolo in 2nd July, 2014 for five years agreement in order to get £6.5 million. Though, he still has a plenty of time to renew his contract with the Italian side, the his agent assures that this Senegalese does not want to extend his agreement which means he is ready to move on.

Napoli has also came to a conclusion that it is better to let this centre back go to the Stamford Bridge while there is still have time. On the other hand, Conte has stated that they will use this Senegal international in their regular squad alongside of John Terry.

Chelsea have bought two players N’Golo Kante and Michy Batshuayi this summer and now Conte is looking for securing his third signing which would be Kalidou Koulibaly.

In 2010, this 25 years old defender, joined with the Metz which was his first senior career. He joined there for one year where he played 42 appearances and scored once. Later in 29th June, 2012, he was bought by the Genk for four years deal with an undisclosed fee. There he played 64 matches and score three times so far. Due to his impressive performances there, Napoli bought him for £6.5 million. And now they have a chance to sell him in exchange for huge amount.