Algeria international Faouzi Ghoulam has come to the topic and reportedly move to the Stamford Bridge in upcoming transfer window when it will reopen in January, 2017. But, here also Antonio Conte who is the current Chelsea boss, has faced competition to land him because they are not only one who desperately wants to bolster their backline. Arsenal, Manchester City and Paris SG are also reportedly keen to land this Algerian left back. But, that is not the only problem they have faced. The most important fact is Napoli has already asked a huge price for their prime defender which approximately £24 million.

However, Antonio Conte was reportedly bolster their defensive line since the very beginning when he took control of the Blues. And also he added a number of defenders in last summer transfer window but still he has room for another one. So, now he has turned to the Napoli left back. Basically, since the last summer, Conte wanted to add centre back but when he looked to the Algerian international, it seems that he has found his permanent solution. 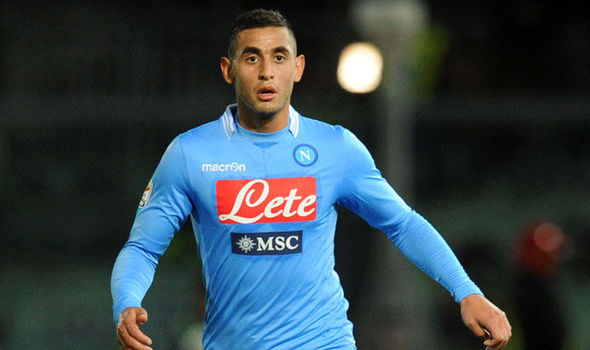 Faouzi Ghoulam who has totally played for two professional teams where Napoli is the second one. He started his professional journey with Saint Etienne in 2010. He almost made 87 league appearance with them and scored just once. He moved to the Napoli in 2014 and after joining at the Stadio San Paolo, he has become as one of the most tactful defender in Serie A.

To the Blues boss Conte, the Algerian International would be a long time defensive solution and if they will agree with the Serie A side about their demanding price, to buy the former Saint Etienne man would be a perfect purchase.

Ghoulam who is just 25 years old, has still long time left of his career. He is completely physical fit and so energetic. Beside, Faouzi Ghoulam would be their an ideal alternative of Marcos Alonso.

However, the most important thing which should be remembered by Conte is that Napoli would not easily agree to sell their most important player and if they would agree, the Blues have to must meet their demand. But for Conte, price would not be the big fact and he is planning already to take him in next winter.

25 years old, the Algerian started to play with the national team at his very early age. He made his international debut in 2013 and already made 23 international appearances along with five international goals so far.