Chelsea loan their forward Lucas Piazon to English club Fulham which is their 37th loan this summer. The deal has successfully completed yesterday which was the last day of transfer window this summer. Lucas Piazon is a Brazilian striker who joined at the Stamford Bridge in 2011 but started his professional career from 2012 with them. He almost made just one appearance with them where spent rest seasons on loan with different clubs.

Earlier this summer, he was wanted by three more different clubs but did not sign with them. At the end of the transfer schedule, the Chelsea chief has thought that he would be useful after couple of seasons later and in the meantime, it would be the best decision to give him loan to improve his skill. Then perhaps, he would be a key players of the Blues in next summer. Though, he has got only couple of years left of the contract with the Pensioners but he also is waiting to perform with the English giant. So, does not feel hesitate to spend another out season though, his current deal with the Fulham will valid till January, 2016 which means the deal is only for half season. 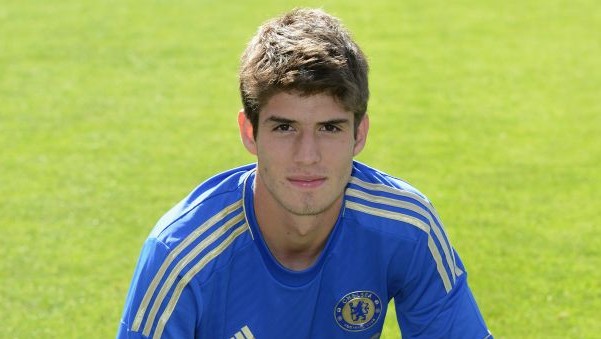 On the other hand, Fulham imported him due to secure their line up this season which are actually competing in Championship league which is 2nd top division in England. The Cottagers once competed in Premier League but relegated from the English top flight since 2013/14 after playing in that tournament almost 13 consecutive season. They are one of the oldest team in London also. The recent performances of the Cottagers was so poor where they finished their last Championship league with last position. Now, they are rearranging their squad and it is also including the part to collect the Brazilian striker this summer.

However, Lucas Piazon is determined this times whereas he has only few times left and he desperately wants to come to at Chelsea’s starting lineup. So, about his deal with the new club, he stated earlier that he always wants to play with the first team and finally got chance. So, he is happy to get that opportunity and through it, he can prove himself worthy enough to perform with the Stamford Bridge when the loan spell will over. So, now, all he wants to score more goals.

While playing with the Blues, this Brazilian under 23 player spent another four loan period with Malaga, Vitesse, Eintracht Frankfurt and Reading. So, this loan period with Fulham is his fifth consecutive move.