German descended Mario Pasalic joined to the Blues in 9th July, 2014 for £3 million transfer fee reportedly and after his arriving, he stated that he was very happy to become a Chelsea player. But now, the things have completely changed because he failed to play any single match with the Blues since the arriving but to spend two consecutive loan periods. Now, this summer, he has moved to the third one which is Italian giant Milan. The loan agreement has completed successfully and he was the 25th number loan out player of the Pensioners.

However, Milan is one of the two most successful club in Italian Serie A but unfortunately finished their last Serie A season by standing in 7th position. So, their coach Vincenzo Montella is going to rearrange their squad. In this circumstances, he has signed three new player this summer along with two players loan in. Among two Croatian midfielder Mario Pasalic was the first one where he has loaned him in for €0.2 million fee which will last one  season long. 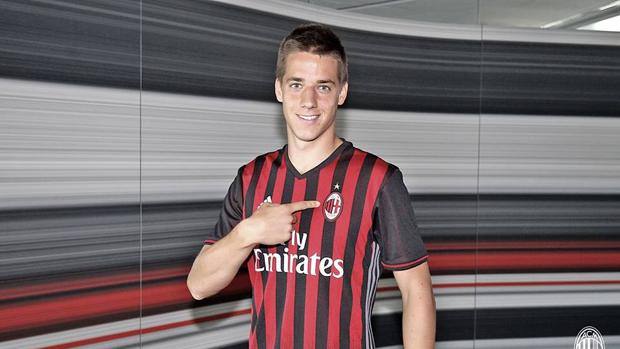 Milan has started their Serie A season this year with victory against Torino though they lost their 2nd match in the tournament. So, they would probably use the Croatian international in next match which will be staged in next 11th September, 2016 against Udinese.

21 years old midfielder is now working to settle his career and his wants to make it with the Blues. So, he desperately wants to do a better performance with the new club Milan. However, luck is on his side this time it seems. Milan tested poor performance in their last season and so, if the Croat can lead them to a better position this season, then it might be possible to be regular with the Chelsea’s starting line up.

This midfielder has made his highest 32 appearances with Hajduk Split where he scored highest 11 goals. That was his first professional club and later he moved to the Stamford Bridge. While playing with the Blues, he spent his inaugural season by playing with Elche on loan where he made 31 appearances and netted thrice. In next season, he again sent loan to French side Monaco and played with them 16 appearances. So, it seems that he has a plenty of experiences to play with the different environment which would probably help him this time.

About his new destination, the 21 years old playmaker stated at the Milan’s official website that he is very proud to be a part of the great club which is one of the most popular club in the world.