Nemanja Matic is a Serbian defensive midfielder has come to the headline that he is wanted by the Italian top tier Juventus whereas Italian side are going to lose their regular star Paul Pogba who will leave the Old Lady to Manchester United. So, team Juve is currently finding his replacement and have two option. Their first choice id this Serbian midfielder who is currently under contract with the Stamford Bridge.

27 years old Serbian player joined Chelsea in 15th June, 2016 for second time from Portuguese side for a £21 million fee reportedly and the deal will last for five and a half years. But, recently a rumour spread out that, Matic would possibly leave the Stamford Bridge but Antonio Conte set aside that possibility. Though, the Blues have spent £30 million to bought N’Golo Kante but the club still needs Matic. So, they are not planning to lose him. Though, new boss Conte made it clear about Matic but he would reconsider his decision due to he already has filled up the midfield side and this Serbian would probably not get enough opportunity to play and also Conte will need money for signing new players. 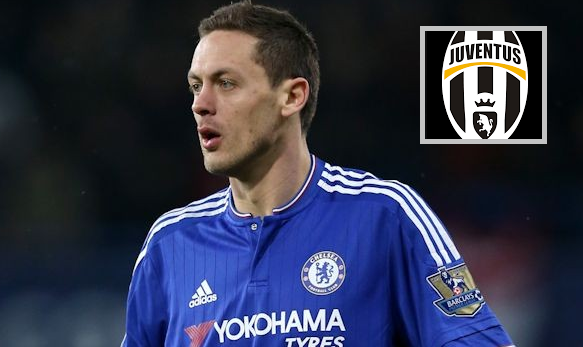 However, team Juve have made their top target to this Chelsea midfielder where Paul Pogba is going to the Old Trafford for a record transfer fee £105 million. Juventus wants to spend this money to bring Napoli’s Argentine striker Gonzalo Higuain for £79 million release clause and also they want another midfielder who will be somewhat alike with Pogba. They have found the same combination in the Matic and they are trying to recruit him. He will be the perfect replacement of Pogba, Juventus believes.

According to the report, this Serbian star also wants to leave the Blues to Juventus if he will be assured that he will get chance to play a good number of match rather than sit on the sideline.

Though, last season he played the the Blues 33 appearances and made 2 league goals but Juve will guarantee him in first team which would perhaps convince 27 years old to leave Stamford Bridge once again. But, the bLues boss Conte wants to keep him in west London where they sold him before in 2011 to Portuguese side.

If the Old lady will fail to recruit the Serbian star this summer, they have still another alternative named Moussa Sissoko. He is French midfielder and currently under contract with Newcastle United. The new boss of Newcastle United would probably demand a cheap price for this Frenchman and the Old Lady would not face any trouble to face it.

Besides Chelsea, Nemanja Matic also played for the club Kolubara, Kosice and Benfica. He was also the loan player of Vitesse Arnhem while playing with the Stamford Bridge for the first time. He played for the Serbian national team since 2008 and made 28 appearances.