Chelsea regular left back Baba Rahman is given loan to Bundesliga side FC Schalke for one season. Due to his lacking, Conte is in need a another left back where he already selected one Swiss star Ricardo Rodriguez from VfL Wolfsburg.

23 years old Swiss defender moved to the Wolfsburg in 13th January,2012 from Zurich for £7.5 million with four and half years agreement. Till now, he already made 125 appearances and scored 13 goals so far. 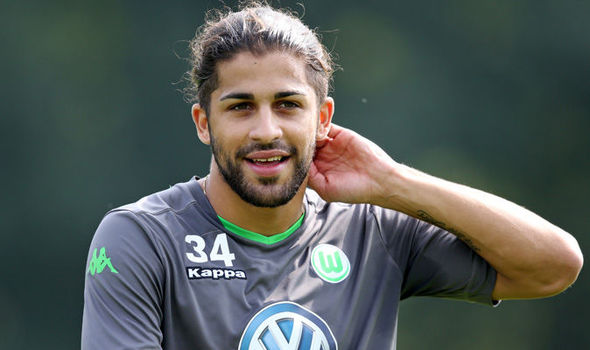 Though, he has made an extension deal with them which will valid in 2019 but now, he has told to the chief of the club that he wants to leave the camp this summer.

However, Real madrid, Roma and Arsenal also have linked to this Swiss player but only Stamford Bridge are willing to meet their demand where the Wolves have reportedly claimed £22 million for this Switzerland international.

The Blues are ready to meet the demands of the Wolves whereas they have no other way but to buy him before the transfer window is run out. Transfer window will close in 31st August, 2016 and before that the Blues have to secure their left back position.

Though, they have only one alternative of this position who is Cesar Azpilicueta but he also wants to shift his position to right back in exchange the place with Branislav Ivanovic. So, Conte needs an appropriate replacement for this position. Besides him, German defender Jonas Hector also in the radar of the Chelsea boss. But Hector has signed an extension deal with Koln in last week which makes the Swiss star a major target of the Blues. Though, he was also linked with Manchester City before.

However, this 23 years old left back helped Switzerland to compete in last UEFA Euro 2016 round of last sixteen stage.

Besides, the Pensioners have started their journey in 2016/17 Premier League season with win against West Ham by 2 – 1 and also in 2nd match, they destroyed Watford by 2 – 1 again. Now, they want to regain their previous honour by winning title this season for fifth times.

To ensure of their new race for becoming champion again, Conte has bought two players in this season N’Golo Kante and Michy Batshuayi where they finished their last season by standing 10th position. So, he does not want to make another mistake.

Ricardo Rodriguez has began his career with Zurich in 2010 and played with them two consecutive season by making 35 appearances. He scored twice times with them too. Later he joined at the Volkswagen Arena in 2012.