Football Club Chelsea are reportedly brink to sign the midfielder N’Golo Kante. It is learn to the source the clause for Leicester City midfielder has set of £20 million which will be stumped up the stock to break the club’s exclusion. The source also disclosed that The Pensioners has already met with Kante to give him the transfer offer directly but the Frenchman postponed the move for Euro 2016. He has said that he will think about the matter after Euro 2016 championship. 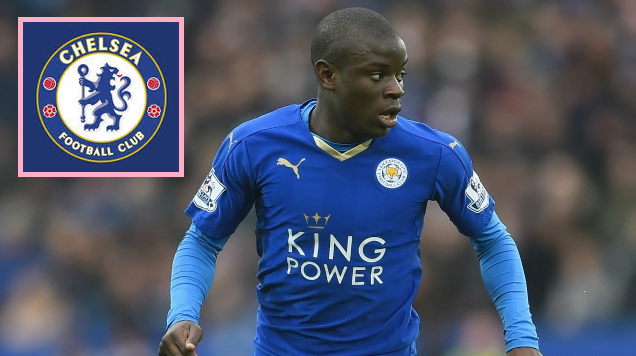 Kante was joined Chelsea in 2015 by signing a four year contract deal for €8 million. According to the contract he has more two years time in side but all of sudden the club express his release clause in transfer market and some interesting club along with Arsenal desperate to choose him in their side. But the Chelsea Manager ordered him to stay on side till EURO Champion 2016.

Kante became an unsung star of the Leicester city who did all the dirty indeed that force the team to steal the headlines of media. His talent is too awesome. The 23 years old midfielder really a blossom for the club. His appearances in any game proved rootless for the team.

The former English footballer Gary Lineker mentioned that kante has the special quality which would boost him to fit on any football club in the planet. To expressed about the Kante Gary admired that It was going to be very hard and tough to keep Kante and he was just unbelievable. Lineker also praised that the midfielder has covered every slab of grass. There are hardly found the team where he could not set. At last he mentioned that N’Golo can do anything with the ball. He was too better to Makelele.

According to the french Outlet Kate would not want to adieu Leicester City at all. He confessed he being happy with the club and he would not pay attention any rumor ahead of Euros. He also mentioned that his current focus only the upcoming Euro Cup.

The Midfielder added that his last performance in the side surprised the fan so far and thought that the fan liked to watch the same sort in the Premier League competition. He missed he spent  a magnificent season last year and his attempt is to stay on the same in next.

So, it is even uncertain to move the midfielder in Chelsea side. It is expected that after Euros it can be said something clearly.