Chelsea boss Antonio Conte is currently set his target to Swedish defender Victor Lindelof who is under contract with Portuguese top club Benfica, as stated by the Portuguese news portal Record. After his extraordinary performance with this Portuguese side Benfica in last season, he was called in Sweden international squad for Euro 2016. He has played with national team all three group stage matches in UEFA Euro 2016 and finished that tour with one points. Though, he debuted with national team in 24th March, 2016 against Turkey but unfortunately the match was lost. 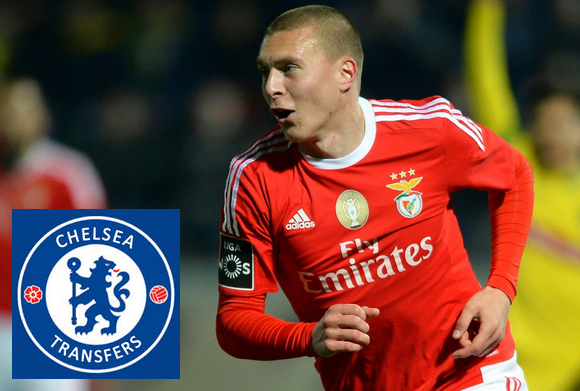 Now, the Blues are ready to pay £25 million to get this defender in this season. Not only Chelsea but also their most rival club Manchester United are also keen to recruit this fellow centre back on their side. This 22 years old Swedish defender is inherent in nature and can make a good partnership with team players which is very demanding. So, as usual he is being wanted by some famous clubs and all of them are ready to meet his release clause.

Chelsea are now win the race to keep Diego Costa for next season where Spanish Atletico Madrid wanted him desperately. So, they are ruddering on Vicor Lindelof along with Kalidou Koulibaly and Leonardo Bonucci. As per the Record, the Blues are now very close to the deal with this Swedish defender and as soon as possible, they will confirm it.

Currently 22 years older Victor Lindelof first played with Vasteras SK which was enlisted. Later, he joined Benfica in 1st December, 2011 and next in 8th June, 2015 the deal was extended which will valid till 2020. He played for Portuguese Benfica 16 appearances and scored one league goals. With them, he did not get chance to play regularly. So, now, he wishes to leave the Portuguese side and joined with others who can assure him to perform regular.

As per the discussion, this Swedish international has informed the Benfica’s Luis Filipe who is the current president that the Stamford Bridge will be going to propose an offer for him and he wants him to take it. But he also know that earlier he failed to join French PSG due to an unexpected thing. There is also a failed signing happen by Manchester United where they offered £20 million in last May, 2016 but Portuguese side did not want to sell him out.

But, this time the same thing are not going to happen perhaps because Stamford Bridge are in hurry to get over the deal. And also this centre back is helping them where he is already in England due to his training with Benfica in St George Park.