English giant Chelsea has shifted their focus to the Burnley defender Michael Keane and already made an inquiry to add him in their defense. Though, the English international has also two years left his current contract with the Clarets and they are not planning to lose him yet.

However, Chelsea is in little shortage of their defensive line despite being bought David Luiz and Marcos Alonso. It seems that their back line is still vulnerable. And so, they are trying to figure it out about their weakness. Their current skipper John Terry is felt in injury while playing with Arsenal and there they lost by almost 3 – 0 goals for the lacking of their back line. So, their Italian boss Conte is planning to replace John Terry for long time and in that case they have chosen many alternatives but now fixed their attention to the Clarets Keane. 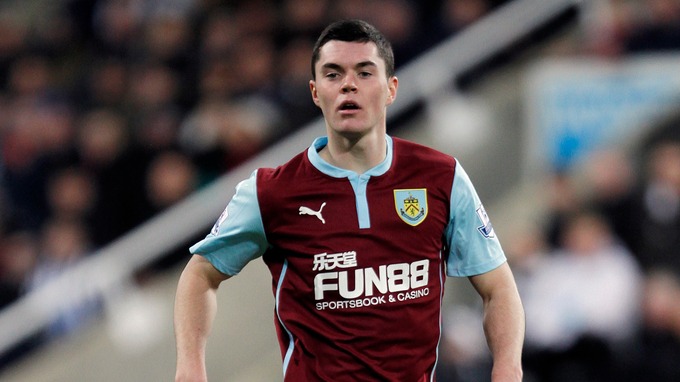 However, over the last summer transfer window, he was tried to recruit by the Fixes but Burnley would not give up. But Conte has thought that they would probably let him leave in winter transfer window if the would able to place a fresh offer. According to the report, the Blues are ready to spend £25 million for this 23 years old Englishman which would be enough to convince the Clarets.

Michael Keane who does not able to make a debut for the English national team, has started his professional career with the Red Devils in 2011 but able to make only one appearance with them. Besides, he raised up under the guidance of Manchester United youth academy where he stayed two years. From there, he got chance to the main team of the Red Devils. Keane spent four consecutive seasons at the Old Trafford but in all four season, he had to spent loan with the four different clubs. First, he joined Leicester City on loan, then Derby County, next Blackburn Rovers and last he spent with the Clarets. He made 10 appearances with Burnley and later the loan deal became permanent. The transfer fee was undisclosed but not less than £2 million. He has played total 60 appearances with Burnley and netted five times so far.

However, Michael Keane would be the solution of the Blues and there is no other way but to bring him at the Stamford Bridge as it seems. Conte is the new boss of the Blues and working hard to fix the back line problem which was always the companion of Chelsea. So, he is going to place a fresh bid for the English player when the transfer window will reopen in next January.