English giant Chelsea has suffered for their defense problem in this new Premier League season which causes to leak goals continuously. They have experienced the same problem in last season and which why they finished the last season by standing in 10th position where they could be in better position if they solved their back line. But the new of of the Blues Antonio Conte does not want to make the same mistake and want to secure his back line while there is still have a chance because he has already seen defeat in running Premier League 2016/17 tournament where they played already six matches and won thrice of them and lost twice and drawn one. In every cases, the Blues have faced their back line weakness. So, their coach wants to add a perfect alternatives to strengthen their defensive side. He has given top priority to German centre back Antonio Rudiger who is currently playing for Roma. He joined with the Wolves from VfB Stuttgart in 19th August, 2015 on loan but later the loan deal was change to permanent for €9 million in 30th May, 2016. The agreement was made for next four years but he is in the radar of a couple of clubs. 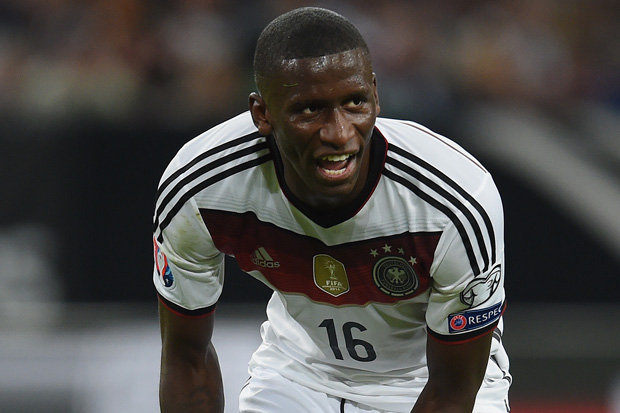 French giant Paris Saint Germain also keen to this Germany international, according to the Italian news portal Sport Mediaset. Rudiger who is currently regarded as the high rated centre back who played his last season with Roma and made 30 Serie A appearances and netted twice times. It was so amazing performance as a centre back which puts him as the top position of wanted list. In last summer transfer window, his transfer rumours was everywhere but before that Roma got him first.

On the other side, Chelsea master is willing to take desperate move for this defender though he has already added two players in lis back line named Marcos Alonso and David Luiz but also shortage a player for his planning formation. And in that case Antonio Rudiger would be the perfect addition for that place.

23 years old this youngster suffered from knee ligaments before starting the last UEFA Euro 2016 and so, did not play for his country in that largest football competition. However, in this season of Serie A, he yet not feature for Roma but surely come back soon enough. In the meantime, the Blues would be prepared for bidding but need to wait until reopen the transfer window in next January.