Andreas Christensen is currently the loan player of Bundesliga side Borussia Monchengladbach where the Borussians picked him for two years loan from the Blues but now they want this Danish defender permanent in Germany. As per this matter, they have already placed a £14.5 million but the Blues have rejected this offer instantly because Chelsea boss Conte wants him in next season when the loan deal will over. 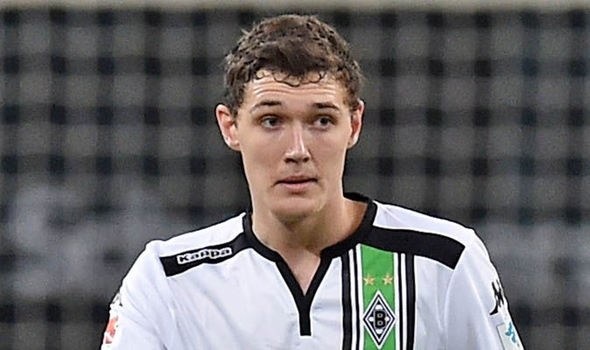 Andreas Christensen has already passed a loan season with the Borussians and there he made 31 league appearances and scored three goals. Earlier, Andreas Christensen started his club career with the Blues in 2014 which was a free transfer but he made just one appearances with them which was the debut match against Shrewsbury Town in 24th October, 2014 which was under Guus Hiddink. After that he was sold to the Bundesliga side on a loan in 10th July, 2015.

Due to his brilliant performance in last season, the Foals are keen to recruit this 20 years old centre back permanently however the Stamford Bridge has refused that possibility and stated that there will be no more discuss about this permanent leaving until next winter.

But this Danish centre back wants to remain with the Foals where he has got chance to participate regularly. He likes them too much and due to that he even has skipped his tour in Rio Olympic 2016 in order to play three pre season tour matches out of four with the Foals.

But, unfortunately, he will have to return to the Stamford Bridge in next summer due to his validity of staying with the Borussians will end.

Sporting director of the Borussia Monchengladbach Eberl has promised that they will try to do everything to keep this young defender with them as a permanent one. They would perhaps offer an undeniable fee where the Blues would release him.

But, Conte would have another plan for this centre back. So, he is waiting for Christensen’s return from his loan deal. With this talented defender, Conte would probably rearrange his team’s defense.

Christensen was called to the Denmark national football team in 2015 and made his official debut in 10th July, 2015. But before he played with the national team, he also played for Denmark under 16, under 17, under 19 and under 21 team. He has played for national team 6 matches so far. He has achieved two most important individual awards named Danish Talent of the Year in 2015 and Player of the Year in 2015/16 of the Foals.