After many speculation, the Blues have returned to their former target Paris Saint Germain defender Marquinhos again and try to face their last attempt to sign this Brazilian international before the transfer window close. They are going to prepare £47 million bid finally to PSG which would be enough to bring him at the Stamford Bridge but the Brazilian also heavily linked with Manchester United and barcelona too. But the United does not want to spend such price this summer where they have already spent more. Though, this 22 years old defender has just extended his agreement with the French champion till 2019 in last March, 2016. But also he would probably leave the club if the terms will get final. 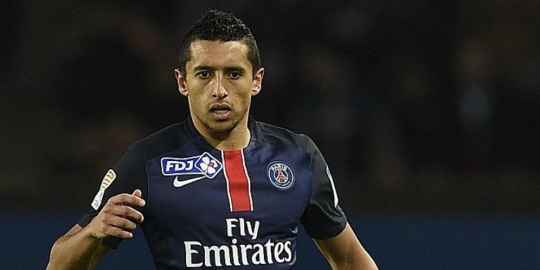 Chelsea boss Antonio Conte are in great need to bring three more player this summer where only couple of days left of closing transfer window. He is still moving for Kalidou Koulibaly who is in napoli and Milan’s Alesso Romagnoli. Brazilian star was in third in position to pick but now, he is get focused and become the headline.

Though, Manchester United and Barcelona have joined the race to tie this player to make strong their defensive line but the Red Devils is in short of money and if they want to pick another player this summer, then they will have to let go any of their player.

Though, all three clubs are willing to give the same amount but the French side stated earlier that they will not sell marquinhos this summer.

Though, Marquinhos is a centre back but able to play in the right side as well and so, he is demanded by others. Now, he has further three years contract left still with the Paris SG and PSG supreme boss Nasser is so disappointed to let him leave like that. If he will leave then the club will suffer in this summer.

However, this Brazilian have just finished their Rio Olympic tournament with un 23 teams and also celebrated the gold medal winning where he is considered as one of the icon player there.

Marquinhos started his career with Brazilian club Corinthians in 2011 and played with them just one season. Next he moved to Italian side Roma. Due to his impressive performances there, he was recruited by French top tier PSG in 2013 where he was coast almost €31.4 million fee.