Chelsea are pondering to land another defender in their squad though the summer transfer window has over but there will be another chance to pick someone in next transfer window which is called winter transfer schedule. Since now, the Blues have almost fixed their attention to Swedish defender Victor Lindelof who is currently playing for Portuguese club Benfica. Though, the Pensioners have almost got two new defenders which were added in the last day of transfer window named Marcos Alonso and David Luiz but however,Conte did not feel secure and so wants to add at least one defender more to secure the back line. Besides this Swedish defender Victor Lindelof, they have also focused on an alternative who is Uruguayan international Martin Caceres. But in this circumstances, the Blues are facing competition from French side Paris Saint Germain and Italian giant Inter Milan. According to the report, Inter Milan are too close to sign this Eagles defender. 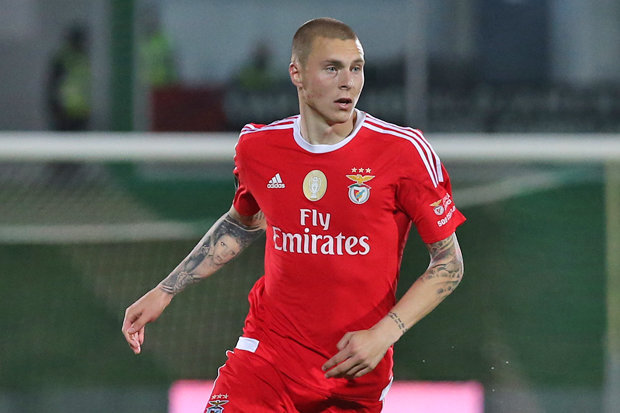 On the other side, Portuguese giant Benfica have already putted a buy out clause on the player’s head which almost £25 million and it would be increased if Benfica will made an extension deal with the player however, Eagles does not want him to leave Estadio da Luz where they want to make his agreement renew. So, it would not be easy for Chelsea, PSG or Inter Milan to recruit him so cheap.

Victor Lindelof, who is currently 22 years old, joined Benfica from Vasteras SK in 1st December, 2011 with an unknown fee and next in 8th June, 2015, the agreement was extended upto 2020. He made only 19 appearances with the club and scored just one goal. He has started to play with the Sweden national team in 2016 and made his international debut against Turkey which was a friendly competition.

Now, if we consider the next destination of the Sweden international, Inter Milan still holds the more advantage than others because Lindelof’s agent Fali Ramadani is also working with Stevan Jovetic who is under contracted with San Siro. So, he has compromised with them and probably able to land the defender to the Italian side.

However, the Blues have spent too much this summers to buy players which approximately more than £115 million due to the plan of the new boss Antonio Conte. And now, Conte has finally looked for his ultimate signing and able to spend such amount what the Benfica asked for.

Though, Inter has got more opportunity but also they have to beat Chelsea if they want to land this Swedish international.