Antoine Griezmann, the French international who is just 25 and within very short period, he has become an inseparable player in French national team as well as his professional club Atletico Madrid. He is continuously showing amazing skills in club and become one of the top player there and his fame is increasing day by day. Since the joining of the Spanish side in 28th July, 2014 for €30 million fee reportedly, he made two La Liga season with them and each season, he made 22 league goals where totally 44 La Liga goals by playing 75 appearances. 2016/17 season is his 3rd consecutive La Liga episode and he is looking forward to make it colorful. By his fame, he is got attracted many clubs where Manchester United and Chelsea are two of them. Earlier this summer, Manchester United wanted to buy him but almost they bought Paul Pogba from Juventus in exchange for huge amount of money and so, they felt hesitate to spend almost same of more than that amount to buy this Frenchman again. In the meantime, the transfer window has been closed for this summer and the Red Devils have to wait till next season however, in last June, 2016, the French striker signed a deal with the Spanish side where they have putted a release clause of him which approximately €100 million. 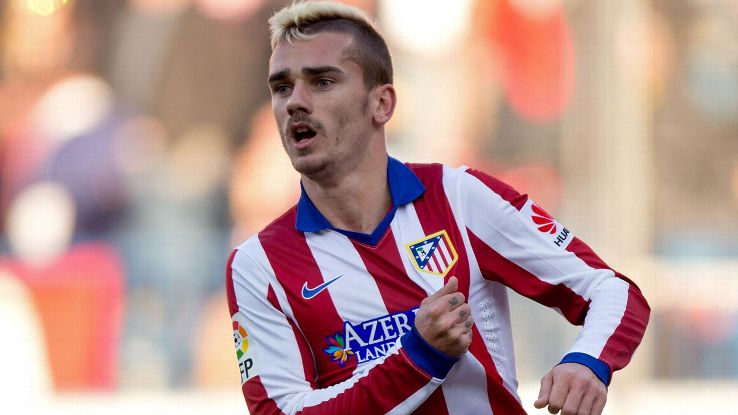 On the other side, the Red Devils have received a competitor Chelsea for this France international which are reportedly keen to this player since his arriving at the Vicente Calderon in 2014 but did not get any chance to pick him until now. They are ready to meet such demand as well as £84 million release clause and actually they have hold some more advantage than the Red Devils in that case. They have a forward named Diego Costa who was keen by Atletico Madrid in earlier this summer. Costa spent two spell with the Mattressers and wants to be one of them again and also Atletico wants the same. And so, Conte would let him join there if they will release the Frenchman to the Stamford Bridge.

However, Antoine Griezmann also made one thing clear that if his boss Diego Simeone who is the current manager of the Mattressers would leave the club, then he would also leave the Spanish side, according to the news. The news also says that recently a rumour spread that Diego Simeone could leave the camp within short time.

Antoine Griezmann competed in last UEFA Euro 2016 with France national team and he is the best performer in French team but unfortunately lost in final against Uruguay by 1 – 0 though he achieved Golden Boot as a top scorer of the tournament with six goals and two assists.