Chelsea is currently bossing the premier league. They are completely untouchable at the moment. Their statistics this season is currently mind blowing and unbelievable. After last season’s disappointing performance the Blues changed their manager and even sacked the Special One Jose Mourinho to turn around the fortune. Last year they finished and missed the UCL and UEL spot. But this season the All Blues are completely out of touch. After appointing the Italian manager Antonio Conte the Blues have been turned into a mighty premier league side.

On the Monday afternoon the club from the London squared off with Bournemouth in a boxing day clash at the Stamford Bridge. The hosts sealed an easy 3-0 win which was their 12th win a row in the league. They were simply unbeatable in the last 3 months period in the league. With the festival environment because of the Christmas eve, many Blues fans gathered at the Bridge. The home side didn’t disappoint their fans at all. 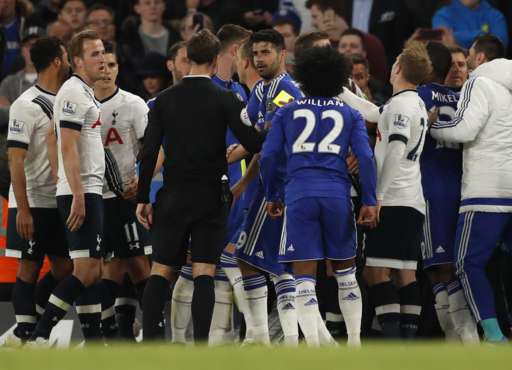 Spaniard attacker Pedro opened the scoring for the hosts on the 24th minute of the game. The assist was provided by his compatriot Cesc Fabregas. The first half finished with the 1-0 advantage for the hosts. Chelsea started the second half in brilliant style. Their Belgian talisman Eden Hazard converted a spot kick into the second goal for the team on the 49th minute of the game. On the closing minutes, Bournemouth’s Steve Cook’s own goal sealed the game for the Blues.

Chelsea’s first choice striker and the top scorer of the league Diego Costa didn’t feature in the game as he was suspended due to seeing his 5th yellow of the season but the table toppers didn’t miss him at all as they claimed a completely easy victory. Costa has already scored 13th goal in the league this season so far.

Bournemouth coach Eddie Howe must be disappointed with result as he was seeking for their 2nd victory in a row at the Stamford Bridge. Before the Monday’s clash both the teams last meeting at the Bridge, was back in December, 2015 where the visitors saw off the host side. That was an unbelievable and unpredictable win for Howe’s men but the manager was dreaming about repeating the history but this time he had to face the reality as his team was no where near to the Cheslea’ strength. Chelsea is at the top of the league table with 46 points from the first 18 league games and managed to win 15 times so far this season.