Spanish forward Pedro wanted to return on Barca after a monad season in Chelsea side. The forward made an initial conversation with Barca president that he would like back to the side.

Last summer the 28 years old signed a four year contract deal with Chelsea for £22 million. But all of sudden he admired that he wanted to move on his home side FC Barcelona.

On beIN Sports he reportedly told that hopefully he could return to Barca and he had already spoken with the Josep Maria Bartomeu (President of Barcelona Club). He also mentioned that the conversation was made during the Cup final when Barcelona dismissed Sevilla by 2-0 in previous month. 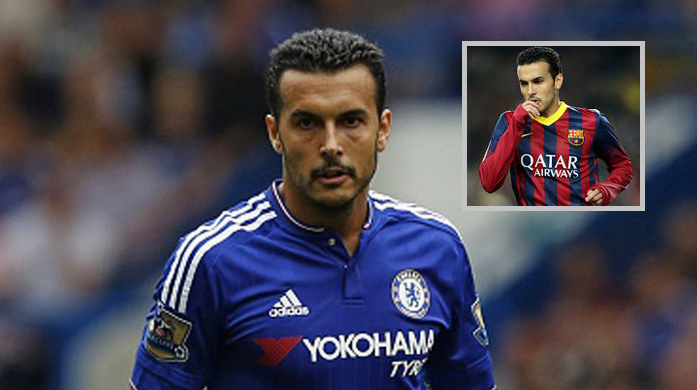 The winger also comment that the process would not so easy, hence it’s quite difficult but he wanted the move for those people who would like to watch him in Barca side.

On his own word, It is too complicated but he had always said that he would like to back at Barcelona. However, he conferred of all about the puzzle of his transfer windows. He mentioned that one year has gone and the passing of the period the club included many new talent in the side. Though it became the demanding club in the world and it’s not so easy to entered the side in any time. But he even expecting join in the the club.

Pedro had started his career with Barcelona and he had spent 11 to 12 years with them. His family and friends also lives there. He get more love and respect in the Catalan side to his fans. Pedro mentioned that it was very hard and painful to leave the side so far.

The striker also expressed his transfer story from Barca to Chelsea on lust summer. He explained the cause of taking decision to jump into Chelsea. Actually causing of existing a numbers of star players like Messi, Suarez and Neymar in the side, there are little bit chance to play regular for the club. And he came to understand the fact, which refers so low possibility of playing for the side. This is the main cause why he switched from Barca to Chelsea.

Now Pedro wanted his back in parent side. Actually Barcelona become the most successful and renowned football club in the world and there hardly found the soccer who does not want to play for the side. After leaving the club Pedro realize the truth fact and that’s why he is desperate to back in the side.

On the other hand the Chelsea head coach Antonio Conte took preparation to convince the forward to keep in the Chelsea side. So let’s see what happen and keep eyeing for more update.