At the end of the transfer window, when Chelsea looked everywhere for defenders, then they got an opportunity to land Tunisia defender Aymen Abdennour from Valencia and also they offered a handsome bid the attempt was cancelled because the both clubs did not come to a conclusion over the transfer fee. And also in the meantime, the Blues had got alternatives and recruited two perfect defenders where they looked for. So, the deal between the Pensioners and Valencia was remain incomplete. Recently, the Tunisia international has disclosed the fact where he did not mention any clubs but in that time there were two clubs which attempt to buy him. Everton was just the other one. 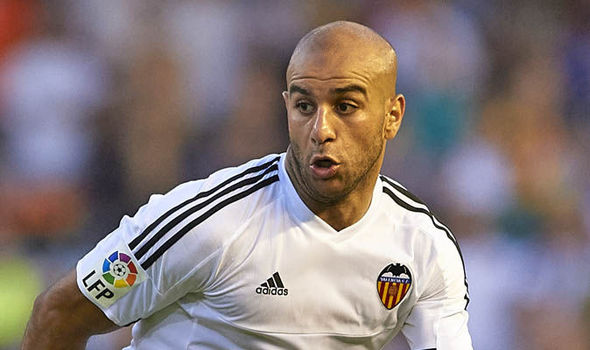 So, now, the centre back is keep playing with the Spanish side the Bats where he arrived there in August, 2015 and the fee was not reported. He made almost five years deal with the La Liga side which will last till 2020. He moved here from Monaco. Till now, he made almost 24 appearances with the Bats and failed to score any single goal though he is a defender. He is just 27 but still considered as one of the best defender. Valencia bought him to replace Argentina star Nicolas Otamendi where he left to Manchester City.

However, Aymen Abdennour was starting to attracted since his debut with spanish Valencia and would be a potential addition of the Blues but at the last moment of the deadline, the hope was lost.

But still now, he has refused to confirm that it was the Stamford Bridge that he is currently talking about but he has stated that he was negotiating with the English giants during the transfer window but the financial problem, the deal did not success.

He also said that his current club Valencia is still a great club and he is very fond of it. He has made a good relation with the manager and team mates and would very much like to stay here. Besides, he has no other tension because he has still four years contract left with the club.

27 years old Tunisian centre back started his professional career with Etoile du Sahel in 2008 where he played 33 appearances and made five goals. While playing with them, he spent one season loan with Werder Bremen and made just six appearances with the German side. Later on, he moved to the Ligue 1 side Toulouse in July, 2011 and made 4 years pact. He also spent a loan season with Monaco by playing with the Toulouse. By showing great performance during the loan period, Monaco bought him permanent in 31st January, 2014.