Brazilian midfielder Felipe Anderson is currently playing for Italian professional league club S.S Lazio. After his brilliant performance in Lazio for last two seasons, he is currently wanted by Chelsea boss Antonio Conte by any means. So, Conte is going to make a move for this playmaker, Felipe Anderson.

This 23 years old attacking midfielder is officially known as Felipe Anderson Pereira Gomes. He moved to Italian Lazio from Santos in 25th June, 2013 for the sake of €800,000 per year with five years agreement though he started his club journey with Brazilian club Santos. He played there from 2010 to 2013. Due to his extraordinary performance in Italian club, they extended the deal which will valid till 2020. Till now, he played two seasons in Lazio where he scored 17 goals so far with 62 appearances. Last season in 2015/16, he played 30 appearances and achieved seven goals with four assists. 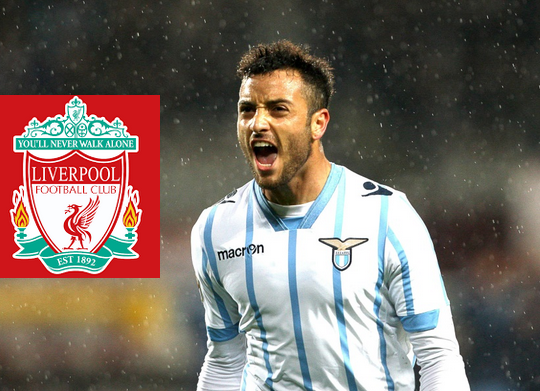 In 2015, Manchester United placed a bid for this brilliant midfielder which was reportedly €50 million but Felipe Anderson rejected that.

Recently 23 years old has changed his agent and his current agent is Giuliano Bertolucci who has the close connection with the Blues. So, Conte believes that, perhaps he can convince this young Brazilian playmaker to join Stamford Bridge.

Anderson is hard working, very quick and technically gifted player who made his debut in Brazilian national team in 7th June, 2015 against Mexico in Copa America tournament. Till now, that was the only match that he participated for national team.

Felipe is currently considered one of the finest young player but unfortunately he failed to fill up the demand of Lazio last summer. Based on his seven goals with four assists in last season, Lazio finished 2015/16 season with eighth place though he suffered from injury in first half in 2015/16 season. So, a question about his departure from Lazio would possibly come true.

Antonio Conte has took the chance and placed an undeniable offer to him through his link Giuliano Bertolucci who is currently work with this Brazilian playmaker. But this young Brazilian player states that he is not ready to leave this club now and he believes that there is still a long contract ahead. He also added that he has a good relation with the club Lazio but if he will receive a better offer any club, then perhaps he will leave.

However, Lazio also claimed that they are not ready to let go this young player not less than €30 million. Conte is ready to give their price which would probably be his second sign in this season after Michy Batshuayi from Marseille.