Chelsea Football Club wins their 5th English Premier League title after a 1-0 victory against West Bromwich Albion at the Hawthorns Stadium on the Friday night. It is their 2nd title in the last 3 years and after a disappointing 2015-16 campaign where they finished 10th with just 50 points and missed a spot to qualify for the European tournaments, they have done a great job under their new Italian coach Antonio Conte who left the post of the Italy national football team after the 2016 UEFA Euro to join the Blues. In his very first season with the London based club, the 47 years old has tasted the success in the league. 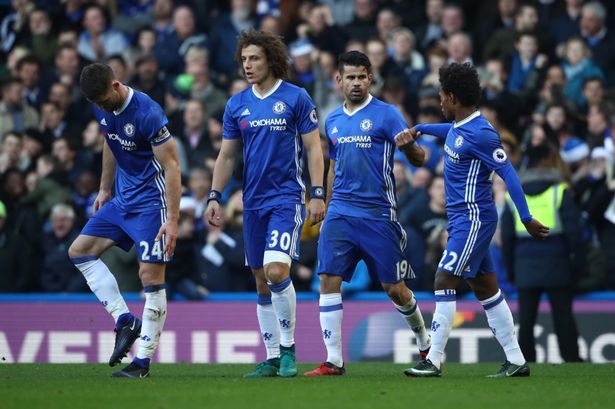 The Blues have been very much consistent throughout the season and they have finally reached their destination to lift the title of the top tier competition of the English football. They have secured the trophy after their 36th league match with 2 more games remaining in the campaign. A 82nd minute decider from the Belgian striker Michy Batshuayi who has joined the club earlier in the season sealed the deal for Conte’s side. They have already bagged 87 points in this campaign with 2 more matches to go which is 37 points clear than what they had earned in the last season. Along with the title the Stamford Bridge based club will also play in UEFA Champions League next season.

Another team from the London, Tottenham will finish as the Runners Up of the EPL. The Spurs also had a great season under the Argentine manager Mauricio Pochettino. Liverpool, Man City and Arsenal, all 3 giants are fighting for the top 4 position in the table as they are looking for a Champions League spot. Another giant Man Utd certainly can’t finish in the top 4 this time but they are looking to grab the Europa League and a victory in the final against Ajax will also see them playing in the UCL next season.

With this glory, Chelsea captain John Terry has become the most successful captain in the EPL’s history as he surpassed Roy Keane to be the only captain in the EPL to lift 5 trophies. Terry will also leave the Stamford Bridge at the end of the season and the English international has got a superb finishing of the Chelsea career to remember. N’Golo Kante who joined the Blues from Leicester, won his second consecutive EPL title as he also won it in the last campaign for the Foxes of Leicester City.