West Ham is yet to get a single point in this season’s English Premier League as they have faced back to back defeats within the period of 7 days. It wasn’t quite a dream start for the Hammers in the league. In their opening game they were completely destroyed by the Red Devils and after such a horrible start they were on action again on the Saturday afternoon. But the fortune remains unchanged for the London based club as another heart breaking downfall was tasted. 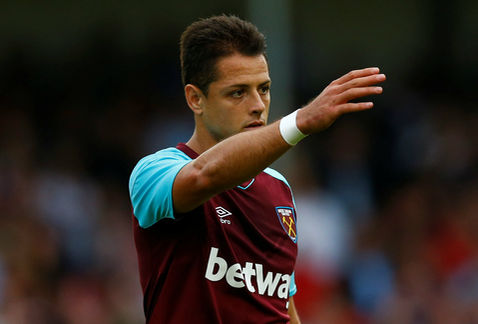 On the Saturday afternoon the Hammers visited the St. Mary’s Stadium at the south coast of England as they were scheduled to play Southampton football club in their very second game of the league in this campaign. Slaven Bilic named a strong line up to face the Saints. Former Southampton centre half Jose Fonte was listed in the first xi and got the chance to meet his former team mates yet again. Former Man City full back Pablo Zabaleta and Joe Hart, both started. But it just couldn’t be worse for the England’s number 1 choice keeper as Joe Hart conceded no less than 7 goals in his first two games for the West Ham.

The hosts took no more than 11 minutes to get themselves into the front as their Italian talisman, Manolo Gabbiadini opened the scoring. It was his first goal of the season. After joining the club in the winter transfer window of the last season, the Italy international netted 6 goals last season.  Visitors’ Austrian attacker Marko Arnautovic was shown a direct red card on the 33rd minute of the match by referee Lee Mason. It was a big push for Slaven Bilic’s side. Serbian sensation Dusan Tadic doubled the lead 5 minutes later from the spot kick.

New signing Javier Hernanadez, who has joined from German Bundesliga club Bayer Leverkusen for £16 million made the line 2-1 just before the break, with his first ever goal for the club. The former Man Utd forward scored a brace as he levelled the card on the 74th minute and has already started to show, what he is capable of and scoring is a fun to him. The match was heading towards a draw but the ref made another very big decision as he blew for another penalty and Charlie Austin didn’t make any mistake to score and gift his side a full 3 points from the crucial important game. Slaven Bilic’s team is currently at the very bottom position in the league table.