Chilean coach Juan Antonio Pizzi has step down from the post of head coach on behalf of the World Cup qualifying for Chile as the team could not reach on the final tournament. According to reports the coach Pizzi announced his retirement from the post. He told that he wanted no more on the post after the his team’s elimination from the Russian championship.

In the last round of Russia WC qualifying round, Chili were eliminated to defeat by Brazil for 3-0 goals on Wednesday. Peru have equal 26 points, but the goal distance get behind them of the South America point table. And with the sixth position in the table the last two Copa America champions have finished their journey. 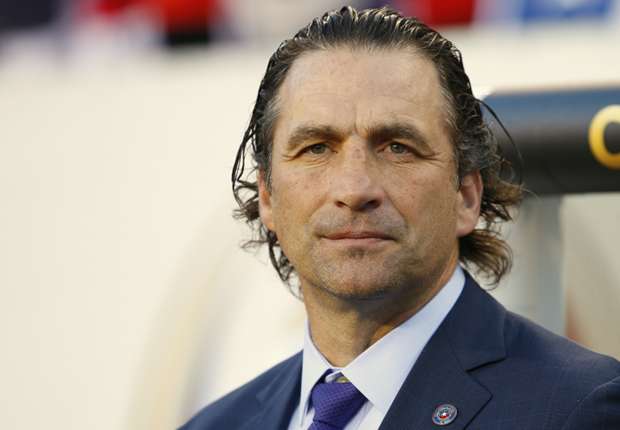 Pizzi, who took charge the Chile in January 2016. He was very hopeful for the team but after after the failure, he thought his time in this post has ended. Chile, winning the Copa America title last year under the coach of Argentina. However, he failed to get into the WC competition and took the responsibility on his shoulders.

Juan accused that he became the person who has done everything for the player and the team, the process and everything. The Argentine accepted his fault and took all the liabilities.

Brazil who secured  their participation in World Cup first, was nothing to lose. But it was clear that the team, which was under great pressure, was desperate to spend the last two matches which was drawn. So it was very important to grab the match in their favor.  Neymar – Gabriel Jesus and all the boys of the team was so desperate to make score.  And finally they broke the dreams of doubles Copa America champions and terminate them from the competition.

In the other match, Lionel Messi wandered, all the fears went away from the magic and  Argentina reached straight to the World Cup. Messi’s hat-trick was won by Ecuadorian Kieto by 3-1 goals. If Chili has not lost the match, they have to play play-off in the next.

Before the end of the round, the World Cup participation was sure for Uruguay.  With Luis Suarez twice score in the home field helped the two-time champions to defeat Bolivia by 4-2 goals.

Columbia, with a 1-1 draw at the Peruvian ground, went straight to the WC Championship as the fourth team. Peru has confirmed the play-off from fifth place. This really amazing what happen in this WC. Some great team thrown out from the competition and some normal team get tickets by chance.