Chris Gayle the giant batsman has walk out from Big Bash League. According to reports the 37 years old announced that he will not take part in the upcoming Big Bash which going to start from Mid December.

Sunday the West Indian star reportedly revealed that he has taken the decision to kick out from the most prestigious Australian tournament. At present the West Indian star staying in Bangladesh to play BPL. He became the part of Chittagong Vikings in Bangladesh Premier League competition. After playing against Rangpur Riders he faced to media and that time he told about the matter. 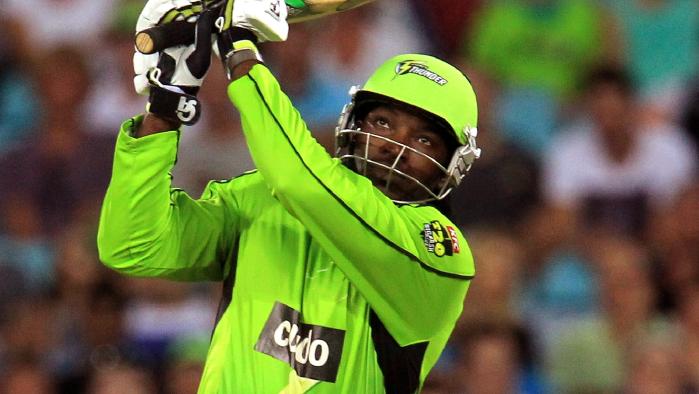 Gayle became the part of BBL from last five successive years. Previous season he linked with  Melbourne Renegades. He boost the team in various way. Though it was absolutely different thing he was fined for his illegal attitude. He is always weak in case of girl and for his sexist behavior Cricket Australia fined him. But he was not kicked out from the competition.

Though earlier this week the rumor spread out of his participation in Big Bash League. But Cricket Australia confirmed that there has no issues like that and there have no boundness about his contribution.

Actually Australia cricket Board handle the matter with softness. It was also rumored out that the some of BBL team not paying interest to pick him in their side.  It was really disappointing for the star. Gayle apologized for the incident in that time. It is cleared there was no issue of the incident this time. From boycott the competition is completely personal issues of the T20 specialist. He just pay the time to his family.

Undoubtedly Gayle is a brilliant performer. In any kind of league competition he became the eyeball to all. It’s really a matter of sorrow that this season the most prestigious tournament will be played without him. Last season he grabbed 260 runs in 8 games. He lifted the team in final and he got the half century in the final. This season the fans of Gayle really disappointing for his decision.