Manchester United boss Jose Mourinho was desperate to sign Swiss forward Breel Embolo, who has recently joined in Bundesliga club Schalke. The striker played for FC Basel and according to report he has joined the Schalke side on 26th June by signing a five year contract. The deal was confirmed for £20 million.

But before the Schalke Mourinho is restless to bag the 19 years striker in his side, the sporting director Christian Heidel told the reporters. In an interview at Bundesliga official site Heidel disclosed the fact that Mourinho’s next target was Swiss International Breel.

When it was asked to Heidel why he was so desperate to seal the forward. He replied that there were a number of reasons to sign Embolo. 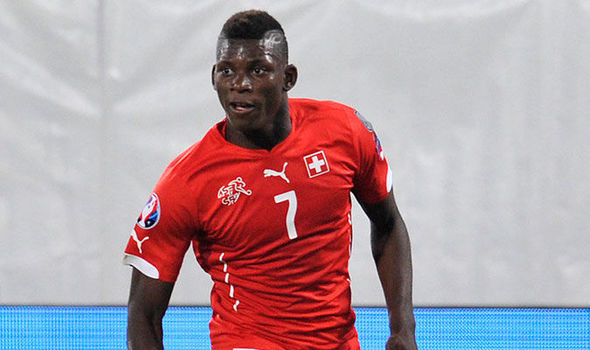 He told the first and foremost sporting reasons and said Embolo became a great footballer and that was the main cause why he so desperate to borrow him in his team.

Heidel  also added that Embolo had played a similar role at his former club Basel, where 80% of the T-shirts were sold by the star player name. He claimed the youngster became very open and keep himself always smiling and for that reason people opt him so much. Actually the smiling face is a trick to snap the people attention and love.

The chief also mentioned that When they realised there had been a chance that they could miss out on signing the forward cause of other clubs’ interest, they had moved fast and President Clemens Tonnies happily made the plane available. They just flew out to Montpellier at 1300 CET and returned back after five hours. He termed that they had completed the deal within a short time.

Actually Embolo is top flight footballer and there have hardly find the club who have not wanted to pick him in own side. So nothing is surprised for his popularity. Mourinho also keen to add him ahead of 2016-17 campaign.

Embolo was very popular in his former club where he achieved three Swiss league winner’s medals with his former club Basel. His attacking policy and power really worthy of praise.

The most expensive deal of Paul Pogba yet not finalized but it is expected soon the deal will be completed and it was also disappointing news for Mourinho to miss the an important deal of Embolo. Now the Red Devils club boss interested to pick off the Brazilian right back Fabinho in their side.